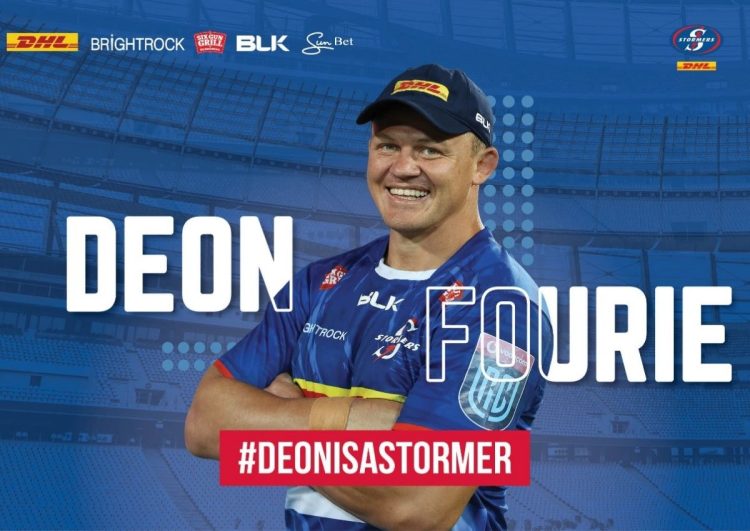 Fourie has been a stand-out performer for the DHL Stormers since returning from France, playing a key role in the victorious Vodacom United Rugby Championship campaign and claiming the Vodacom Man of the Match award in the showpiece match at DHL Stadium.

He has also been included in the Springbok squad for the Castle Lager Incoming Series against Wales, completing a fairytale season for the hard-working loose forward.

DHL Stormers Head Coach John Dobson said he could not be more delighted for Fourie.
“What Deon has achieved this season has been nothing short of phenomenal, so we are very happy that he has extendded his stay with us.

“He has been an inspirational figure for our team and has also played a key role in developing some of the young talent we have too, hopefully he will continue to go from strength to strength,” he said.

Fourie said that his second stint with the DHL Stormers has been incredibly rewarding and thanked his teammates, the support staff and the fans for helping him reach new heights.

“I am thrilled to extend my time with the DHL Stormers, what our team has achieved this season with the incredible support we have got has been special and I know there is even more ahead of us.

“My family and I couldn’t be happier to be in Cape Town and I want to show my gratitude through my performances on the pitch,” he said.