Mamelodi Sundowns co-coach Manqoba Mngqithi has given has reflected on the MTN8 semi-final with side set to face Orlando Pirates. 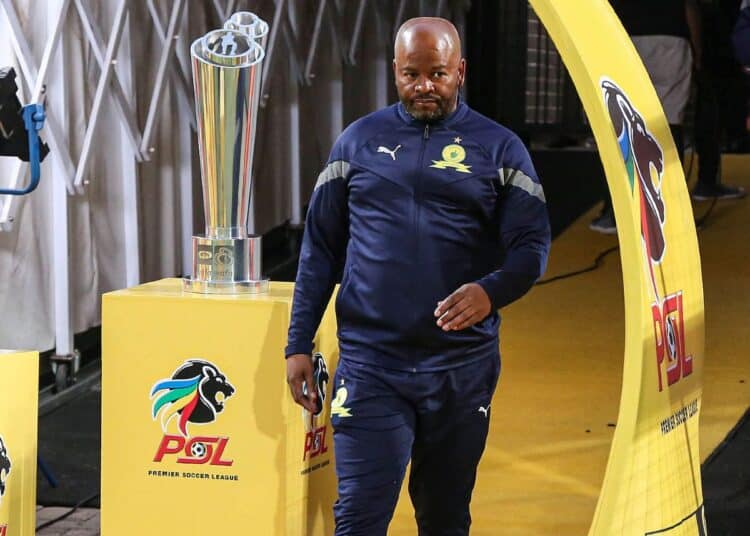 Mngqithi says they were aware that this was not going to be an easy draw considering that all the last four teams are difficult to play.

On Monday evening the Premier Soccer League conducted a draw for the MTN8 semi-finals, it was revealed that defending Champions Sundowns will meet with Soweto rivals Orlando Pirates in the first leg of the tournament. The semi-finals consists of two legs with a home and away fixture and it will be The Brazilians who make the trip South of Johannesburg to Esigodini sikaMaminzela in the first round to continue their defence of the Wafa Wafa Cup.

Masandawana were rewarded for their hard fought 2-0 triumph in the Tshwane derby against SuperSport United over the weekend, goals from Marcello Allende and Abubeker Nasir secured Downs entry into the next round of the competition. On the other hand the Buccaneers, who last won the cup in 2020 after beating Bloemfontein Celtic in the final, brushed off Royal AM 2-1 in Durban the night before.

“I think this was never going to be an easy draw for anyone, when you’ve got four teams that are currently doing very well you could expect anything. We could’ve had AmaZulu or Kaizer Chiefs and all of them are currently doing well at the moment, we just have to take whoever we get and trust in our process and trust in our team.” Said Masandawana Coach Manqoba Mngqithi after learning of his opponents in the semis.

After chasing the Cup for over a decade, the Tshwane Giants were victorious in their quest last season after beating Kaizer Chiefs in the quarterfinals, Golden Arrows in the semifinals and their last opponents Cape Town City in the final. Bafana Ba Style lifted the trophy after winning 3-2 in a blistering shoot-out after extra time had seen the game locked at 1-1 draw, Coach Mngqithi is confident that Bafana Ba Style can uphold the Wafa Wafa Cup.

The first weekend of October has been set aside for the opening leg of the semifinals, followed by the second leg set to take place on the weekend of the 22nd in the same month.