Mamelodi Sundowns co-coach Manqoba Mngqithi has explained reasons they decided to play their new signings in the first game. 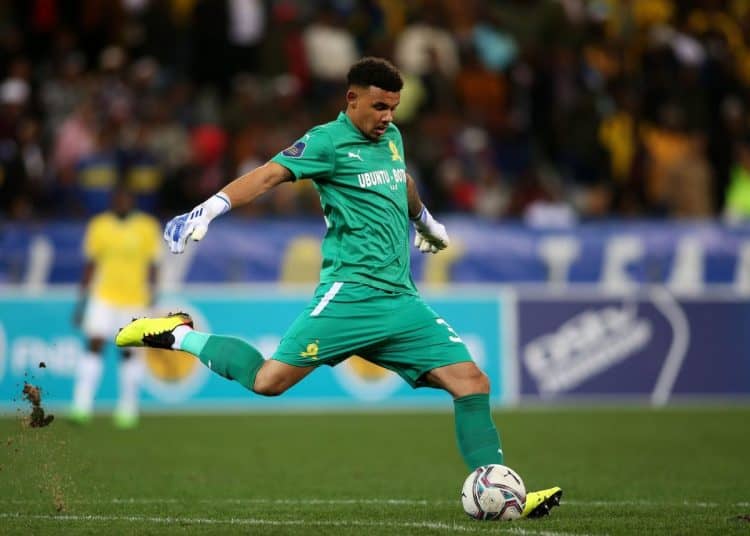 Mamelodi Sundowns have given their new signings Ronwen Williams and Sipho Mbule their debut in the opening of the 2023/24 Premier Soccer League season. Mngqithi has explained why they were given a run.

Bafana Ba Style fans were treated to two new faces as they edged past Cape Town City 2 – 0 on Friday evening in their first league game of the season. Bafana Bafana international goalie, Williams was officially announced as a Brazilian player last month, while 24-year old Mbule made the move to Chloorkop in June as the Champions look to successfully defend their DStv Premiership title. Masandawana Co-Coach Mngqithi explained the importance of giving their new members an early run in their campaign.

“In Ronwen the decision was to try and induct him as quickly as possible, the road ahead is a little bit rough and the competition in that space is still going to be rough, but it’s always better when he’s going to be playing at the back of a performance against Cape Town City because already he has played a very intense and very high profile game. The save that he pulled will maybe also help him to calm his nerves a little bit,” Mngqithi said.

“It’s a decision that we took as coaches, Denis [Onyango], Kennedy [Mweene] and Reyaad [Pieterse] have been very good at training and so has Ronwen. It’s also very important to induct a player that you think is going to be very important for you going forward with matches like this,because if you play him against a so-called small team and he does not perform well then everybody is on top of him and everybody is no longer too sure whether the decision was right or wrong, so it’s always better to introduce them in big matches.”

Mbule made his competitive appearance for the club in the second half of the encounter and showed a bit of flair in the battle as the team went on to seal a hard fought victory over The Citizens.

“He has improved a lot physically, he has lost a lot of weight, he’s still work in progress and giving him an opportunity today was also to shake off that anxiety and the feeling of wondering what will happen, but to play them early so that their integration process is early enough before pressure amounts.” Said Coach Manqoba.

“We think those few minutes might’ve helped us in one way or the other, because we could’ve easily played [Andile Jali] AJ, [Sphelele Mkhulise] Pitso or any other player, but we felt in the last few minutes we should give it to him and probably the same thing that we were thinking of on Ronwen – that they must be inducted and integrated into the team very quickly so that we can get the ball rolling with all of them.”

Mamelodi Sundowns will be back in action on Wednesday, 10 August to face TS Galaxy at Loftus Versfeld Stadium.