As hype builds around Netflix's latest spy film, co-stars Gal Gadot and Jamie Dornan share their excitement ahead of the project. 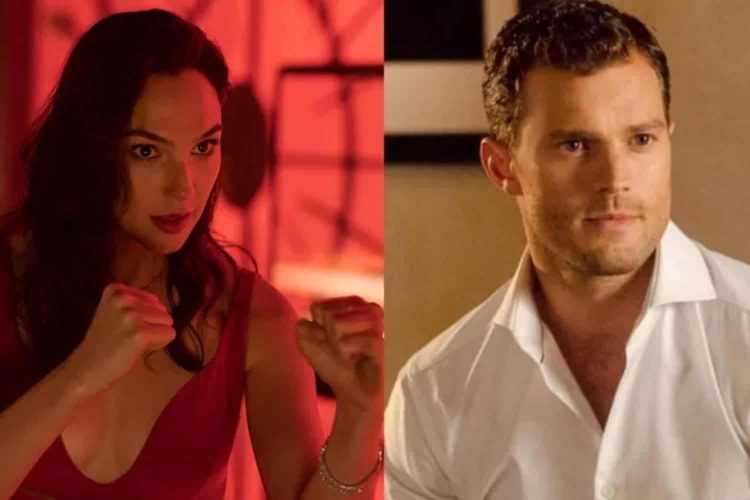 Lately, Jamie Dornan has been back in the headlines for his award-winning performance in Belfast. And now, the 50 Shades of Grey actor is attracting even more attention by signing on as Gal Gadot’s co-star in the new Netflix spy thriller, Heart of Stone.

Gal Gadot sends a sweet welcome message to her co-star

Gadot took to Instagram to welcome Dornan to the project as she “can’t wait to start this journey”.

Gadot has been leaving her mark in the film industry over the last couple of years by working with incredible actors on incredible films. Her latest film, Red Notice, is also in the spy genre and it is said that she will be teaming up with Dwayne Johnson and Ryan Reynolds soon again for two more sequels.

Dornan responded to Gadot’s welcome message with: “Love it! Excited to get going!”

And the fact that the two stars are getting excited about the new project, is making fans even more excited. Heart of Stone was picked up by Netflix in a “competitive auction” in January 2021. And ever since then, the project has been a high property for the company.

The plot of the film remains a mystery

The plot of the movie is being kept hush-hush for now, however, there have been rumours that it will be a bit of Mission: Impossible meets James Bond.

The film was written by Grek Rucka from The Old Guard and Allison Schroeder from Hidden Figures. And with Tom Harper as director and Gadot on board as a producer, fans are on the edge of their seat for this spy film.

But in the meantime, be sure to catch the stunning actors in their more recent work. Gal Gadot is set to star in the soon-to-be-released Death on the Nile remake and Jamie Dornan will be starring in a series, The Tourist and of course, the incredible Belfast.

Anxiety Management: Take Control of Your Mind in 2022