Are Michele Morrone and Khloe Kardashian in a relationship?

Following an emotional season premiere, Khloe Kardashian might have a new love interest. Here’s what we know about Michele Morrone. 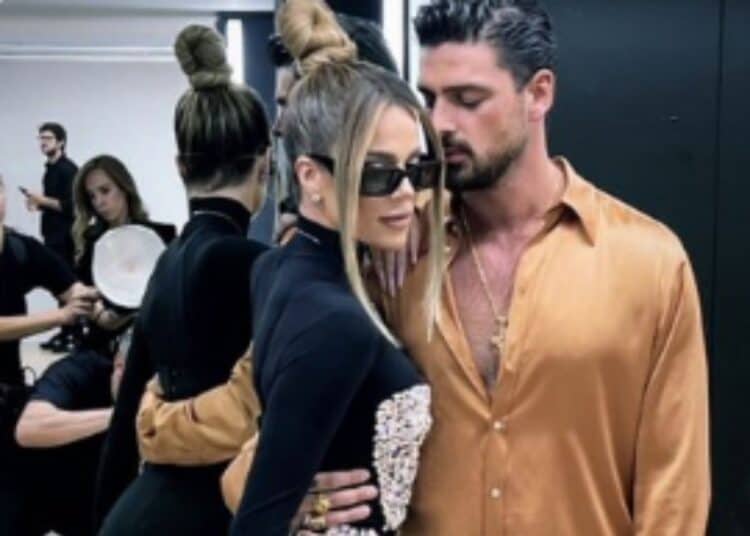 Michele Morrone and Khloe Kardashian were pictured getting cozy at the Milan Fashion Week. Photo: Twitter/KeepingUp

After an emotional premiere of The Kardashians, Khloe Kardashian is looking forward to the future with her two children. But, can that future include 365 days actor Michele Morrone?

This past weekend, Michele Morrone and Khloe Kardashian posed in a cozy picture that sent the internet into a frenzy. To date, the reality star, and the actor seemed to be getting up close and personal in a behind-the-scenes picture at a fashion show.

Thus far, Michele Morrone has been seen holding Khloe Kardashian at the waist while the model gets close to him by putting her hand on his shoulder. The pair had also been sitting in the front row of the Ciao, Kim fashion show with Dolce and Gabbana.

To date, it is not clear whether Khloe Kardashian and Michele Morrone are dating or whether the pair are just platonic. As of late, Page Six has reached out to the stars for comment but hasn’t heard back yet.

Fans have their say

Presently, Khloe Kardashian has given the public a sweet glimpse of her son on the first episode of The Kardashians. However, the reality star didn’t share any details about dating again as her focus is currently on her family.

Now, the episodes of The Kardashians are filmed at least months before its recent release so it is possible that things might have changed, given the paternity scandal that took place in December 2021.

So, whether, the pair are together or not, social media users sure seem to think that the two make a good couple and are currently cheering Khloe Kardashian on for this possible relationship.

Rihanna returns to music for the Superbowl in 2023