Tudum: A global fan event is an exclusive Netflix event for a look behind many of the streaming service's top shows and never-before-seen trailers. 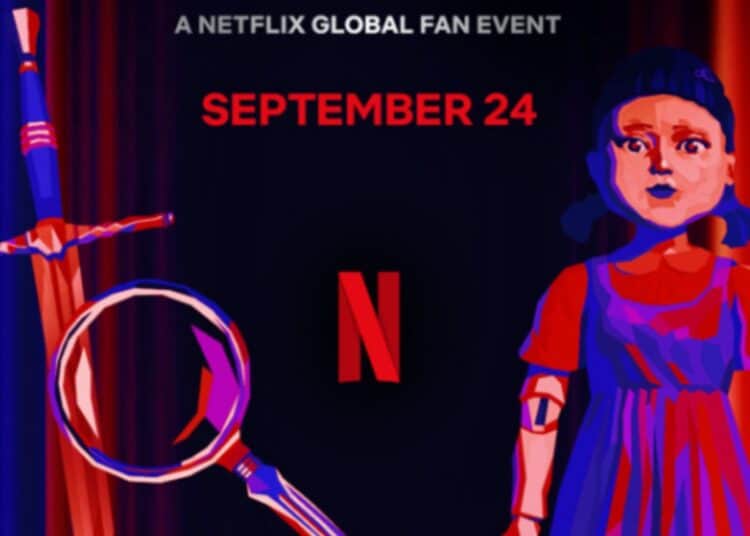 Catch all the behind-the-scenes footage of your favorite shows this Saturday. Photo: Netflix

Tudum. The popular streaming service is opening the curtain on never-before-seen footage and trailers. Viewers will also get to see exclusive interviews with Hollywood’s top stars during the Netflix event.

Netflix has released plenty of iconic shows and documentaries over the years. And one of the things fans always rage about is the content and behind the scene footage before these shows gets released.

To date, Netflix will be putting together a virtual event that can be watched all over the world. And will showcase some exclusive content that viewers may be surprised to see.

As of late, the official date of the event is the 24th of September and will be accessed on all of Netflix’s Youtube accounts. As per Netflix, the event will be available in a number of languages.

Presently, the lineup of celebrity hosts is exceedingly star-studded and will include actors and actresses from the world’s top shows. Such as Squid Game, Bridgerton, The School of Good and Evil, You, and the hit series Stranger Things.

The hosts of Tudum

In the current trailer, viewers will so far get to see the likes of Kerry Washington, Jason Momoa, Penn Badgley, Sadie Sink, Finn Wolfard, and so much more!

Now, while the event will focus on showing content we have never seen before, viewers will also get a behind-the-scenes look at all the previous news about the shows many have come to love.

Right now, as many await the release of You and Bridgerton expected to be released in the months to come, it will be an exciting time for fans across the world. To see some things have been wondering about during the previous seasons that have been released so far.

Now, get ready for more Tudum! This Saturday the 24th of September. Set your reminders on Youtube!