Selena Gomez and Hailey Bieber are throwing out rumors that there is bad blood between them. See the plot twist below. 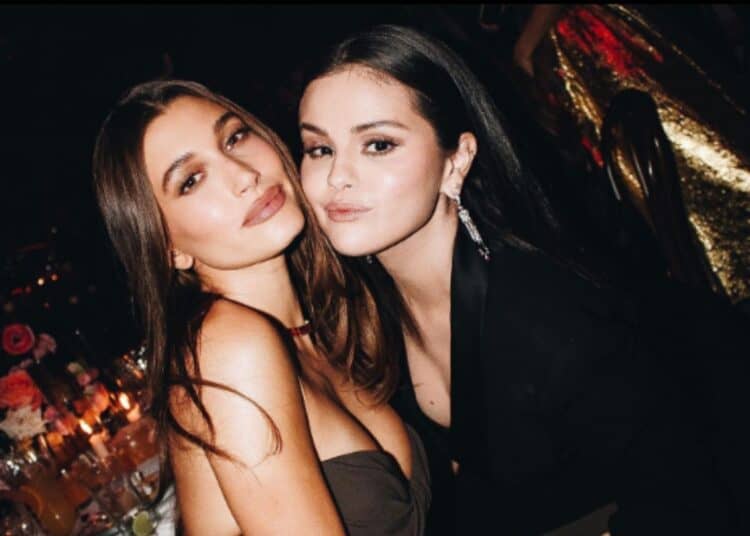 Selena Gomez and Hailey Bieber are on good terms, everybody!

In new images taken at the Academy Museum of Motion Pictures. The reunion between Selena Gomez and Hailey Bieber brought about a huge relief among their fellow celebrities this weekend.

Ava Phillipe took to her Instagram stories to pen a message to the ladies.

“I’m not one to get wrapped up in celeb drama & at the end of the day, it’s really just a pic (& none of my business!) But it does make me smile to see these boss babes out there setting the record straight. Love + respect for you both!”

According to E! News, both Hailey Bieber and Selena Gomez arrived at the event separately. It is reportedly the first high-end event the women have attended at the same time.

Right now, the relationship between Hailey and Selena Gomez has long been a topic of discussion by the media after speculation that the pair were at odds following the model’s relationship timeline with Justin Bieber.

Previously, Hailey Bieber appeared on the Call Her Daddy podcast to share some information on the relationship between herself and Justin Bieber. The model noted that she was never in a relationship with the singer while he was dating Selena Gomez.

“When him and I started like hooking up or like anything of that sort, he was never in a relationship ever at any point.”

To date, the model also shared that she has seen and spoken to Selena. Following her marriage to pop singer Justin Bieber.

Following her explosive interview on the podcast, Gomez took to TikTok to share her thoughts on the way social media has attacked Hailey Bieber for years surrounding these rumors.

The singer shared that “no one should be spoken to in the way that I’ve seen” and that “words truly matter” encouraging her fans and followers to be kind to people and essentially choose their words carefully.