The Black Door will keep you on the edge of your seat, so be sure to keep up with the drama and see what's installed for today's episode! 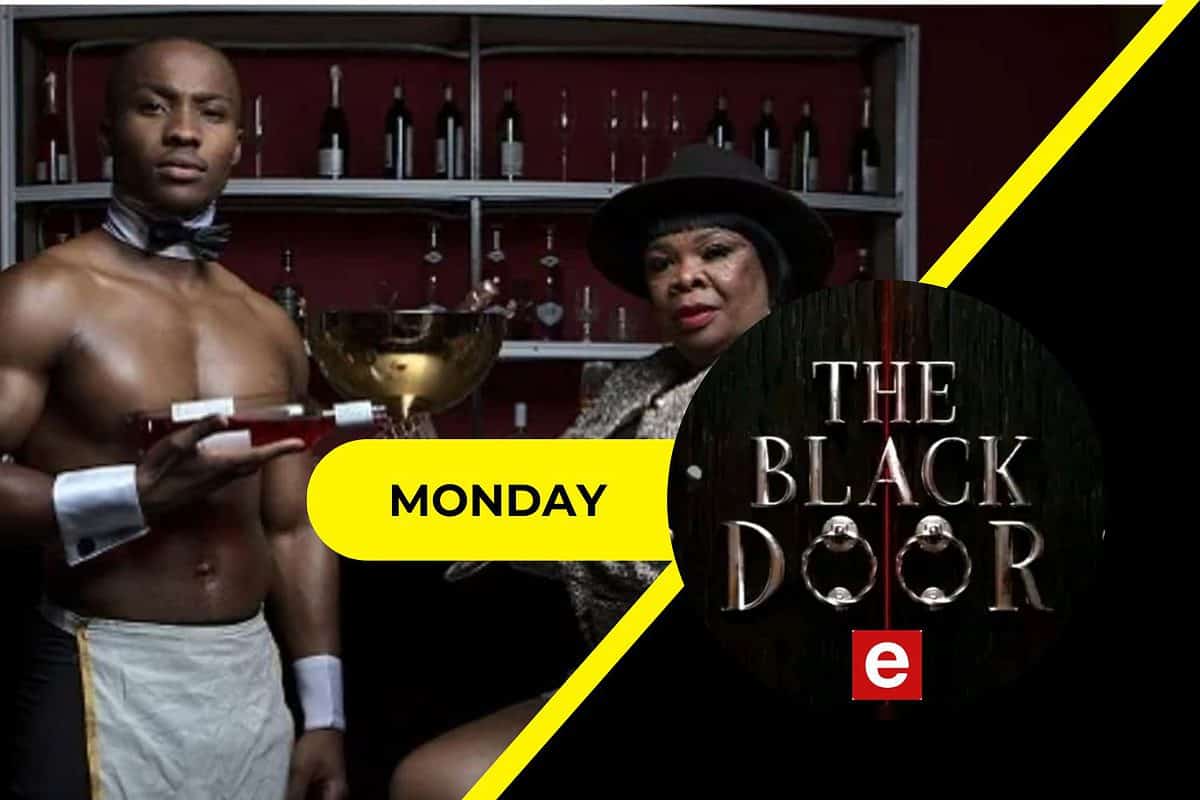 On tonight’s episode of The Black Door :

Boniswa shocks everyone when she decides to go on a “find myself” journey. MaMkhize is about to confess her infidelity to Nomsa when the pastor arrives. Nelly is pleased she has managed to trick the guys into paying R10,000 each for the DNA test.

What’s happening next on The Black Door :

Velaphi is officially introduced and welcomed into Rebs’ army of loyal goons. The church members, including the pastor and MaMkhize, are afraid of approaching Slender’s family and conclude that Nomsa is the best person for the job. Vuvuzela finds Short Gun in bed with Nelly.

Watch The Black Door on e.tv from Mondays to Fridays at 21h30.

What is The Black Door all about?

The Black Door is a South African adult telenovela which revolves around the wheelings and dealings in an exclusive private brothel hidden behind the door of a toilet paper manufacturing factory.

At this exclusive private venue, Mam’ Rebecca (Linda Sebezo) treats her business associates and thanks them “in kind” for facilitating her various illicit dealings, including tender fraud and bribes.

The story begins with a long-distance truck driver, Khaya (Zamani Mbatha), who shares a dream of owning a fleet of buses with his older brother, Chuma (Thobani Nzuza).

After an unexpected windfall and a mysterious death, Khaya soon learns that his brother has been murdered.

To repay the money stolen by his brother, he’s thrust into a seedy world of sex, drugs and tender fraud.

Will Khaya agree to be a sex worker and make big bucks at The Black Door, or will he suffer the same fate as his late brother?

What happens in the dark will be revealed in the light…

The Black Door was created by Mandla N. and Mpumelelo Nhlapo and is produced by Black Brain Pictures for e.tv.

The director is Mandla N.

See more of what is on The Black Door this January!

Will Cobra Kai be renewed? Here’s all you need to know