Will Cobra Kai be renewed? Here’s all you need to know

Cobra Kai is currently a continuation of the popular Karate Kid franchise but will the series fight on for another season? 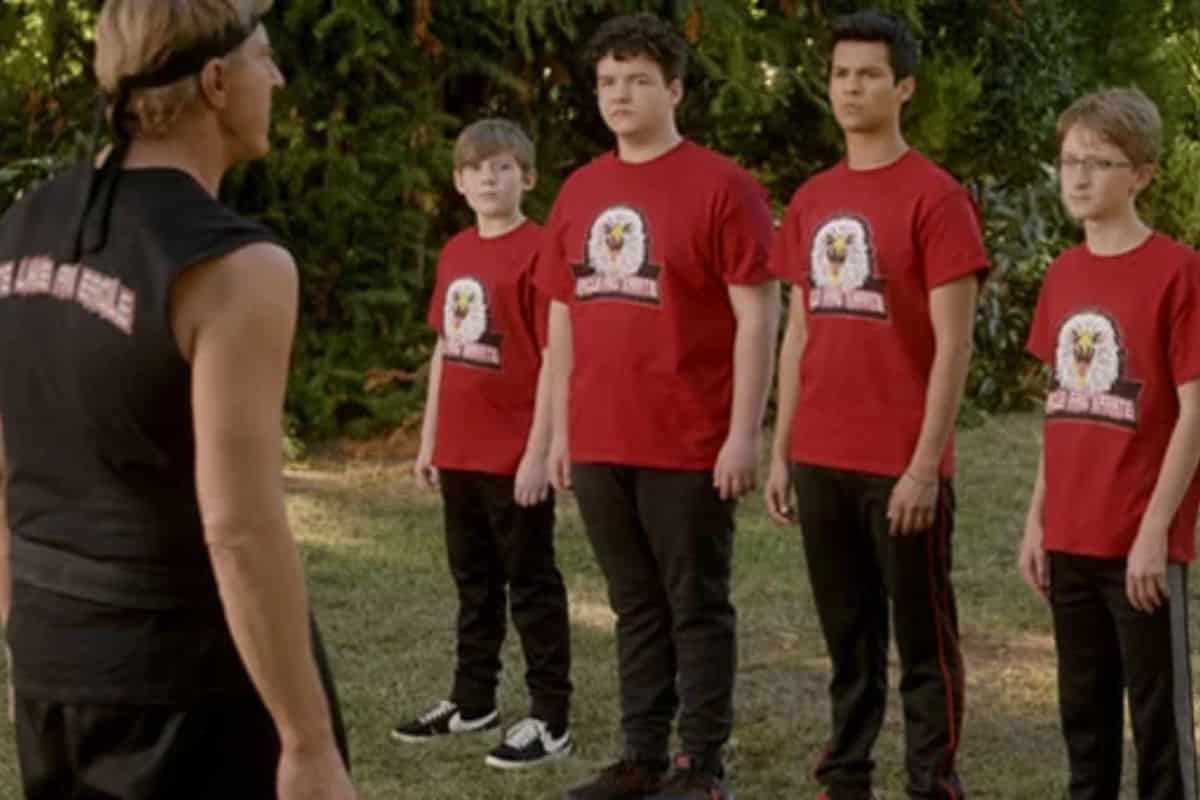 Cobra Kai has officially been renewed for a sixth season. Photo: Netflix

Cobra Kai initially started off as a Youtube series. However, after the second season, the series officially moved to Netflix and has become increasingly popular since.

Since the continuation of the Karate Kid franchise, viewers have seen a considerable amount of original characters make an appearance in the new Netflix series.

Will there be a season 6?

This weekend, producers of Cobra Kai made the announcement that the series will return for a sixth season. While there isn’t any official date of release, a sixth season is well on its way.

Unfortunately, season six of Cobra Kai will mark the end of the franchise but that means fans can expect the last season to be pretty lengthy.

Taking to Twitter, producers of the show told fans to prepare for the “biggest season of Cobra Kai yet”. See their announcement below.

A letter to you, the greatest fans in the world, from the showrunners of COBRA KAI. pic.twitter.com/Nz71m5iOOm

What to expect in Cobra Kai season 6

Since Terry Silver’s cheating antics have been brought to light, his students have turned their back on him and have simultaneously got arrested.  His current future with Cobra Kai is now uncertain.

In good news, Mike Barnes is no longer a slave to his manipulation. As Silver previously promised him 50 percent of his dojo, the only question is, will he be able to prove this in order to get the dojo?

Another key point is Johnny and Carmen’s baby on the way. As we all know, a baby brings a lot of change but what change exactly will be seen in season 6?

In more worrying news, Kreese has escaped prison once again. This time, he has nothing to lose which makes him pretty dangerous. With him, on the loose, Cobra Kai season 6 will surely be explosive.

Who will return in season 6?

Some of the minor characters as well as all the main characters are expected to make a return to Cobra Kai in the sixth season. There is, however, one character who hasn’t been featured in the sequel and that is Julie Pierce played by Hilary Swank. Perhaps she’ll make a return in the last season. Never say never!

The characters returning are as follows:

When will season 6 of Cobra Kai be released?

Since season 5 was released in September 2022, it’s safe to say that Cobra Kai won’t make its way back to Netflix anytime soon. Judging from its previous season releases, the series can return to Netflix in late 2023 or early 2024. The series took at least three months longer than it took producers to renew Wednesday, which was renewed within a month.

In the meantime, seasons one through season 5 are available to stream on Netflix.