After six days of announcing the cancelation of the Justice World Tour, Big Concerts have finally confirmed the news. 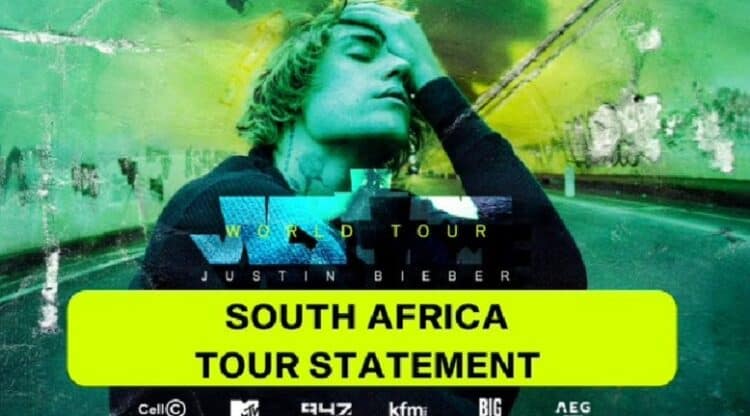 To date, Justin Bieber previously shared his struggles with an illness called Ramsay Hunt Syndrome. Following this, the singer needed to cancel the remaining U.S leg of the tour. While he took a two-week break from touring.

However, the tour which was in partnership with Big Concerts has since been canceled in its entirety. As of late, there aren’t any details on whether the singer plans on touring again anytime soon.

This morning, Big Concerts took to Twitter to share the announcement that they have received official communication that the remainder of the Justice Tour has been canceled.

“Big Concerts and AEG Presents regrets to confirm that Justin Biebers Justice World Tour South African dates have been canceled. All fans that purchased tickets from Ticketmaster will receive a full refund and will be contacted by Ticketmaster directly.”

Fans get clarity around the Justice World Tour

Presently, the announcement comes just days after Justin Bieber shared with his fans that he had been overcome with exhaustion following his concert in Brazil.

As a result, the singer decided to cancel the remainder of the concerts. Which left many fans saddened by the news. But, all informed were in favor of prioritizing the singer’s health.

To further explain the current circumstances, Big Concerts continued their statement regarding further action that will be taken in due course.

“Fans do not need to take any action. Please keep an eye on your inbox for further information. The statement continued, “ We wish Justin a speedy recovery and hope to see him back in South Africa in the future.”