When playing the popular game Uno has a few rules in place for playing. However, many are wondering if Uno Out is one of them. 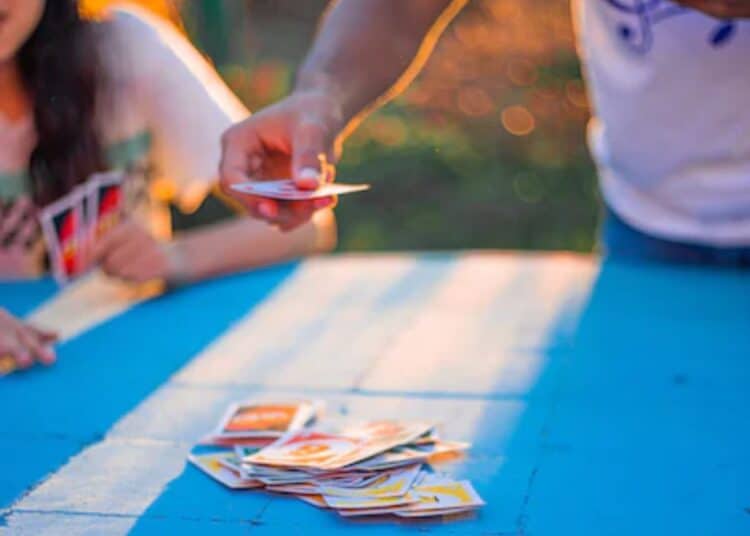 Social media users are now wondering which terms are correct when it comes to playing Uno. Photo: Unsplash

Uno Out is a topic of discussion recently taken up by the public and celebrities alike. Right now, the internet is divided on what the rules are when laying your last card down in the game.

House rules when playing the game

Thus far, celebrities such as Nicki Minaj, Yung Miami, and Saucy Santana have started a debate. Surrounding what players would say before they’re out of the game played by many around the world.

Presently, many have come to the conclusion that Uno Out is in fact the correct term to use. When laying down your last card on the table. However, this is clearly up for debate as many begs to differ when it comes to this.

To date, Uno had previously shared that Uno Out is a popular house rule. However, they shared that this is not exactly a requirement in playing the card game.

While calling "UNO Out" when you play your last card is a popular House Rule, it's not required.

Social media tries to figure out the origins of Uno Out

As of late, most seem to be in favor of Uno Out being the term used when your last card is put down. Right now, Yung Miami and Saucy Santana are both in the agreement that Uno Out is the correct term to use. See what she said below.

When playing uno you have to say “Uno out” and if I yell it before you, you have to draw 2 cards Idgaf!

In the meantime, Twitter itself is going on a rampage to define which rules are real and which rules are fake. Quite frankly, many believe its not a thing, at least in many households.

you say UNO because you now have ONE card left since youre putting your SECOND card down. then after you put your last card down, you say UNO OUT. pic.twitter.com/wacJAyHqaZ

me saying “UNO OUT” with 13 uno cards up my ass😭😭😭 pic.twitter.com/aSGa89UBBZ

Thus far, the rules to the game should be discussed before playing and it really depends on who you play with. As this will determine the way the game will follow suit.

As is evident by the discussion, some households may make use of Uno Out while others may simply say, Uno. This is important when putting down your last card.

In the current rules for the game, players are expected to say Uno before they drop their card on the table. the amount of points they get will be dependent on the number of cards the rest of the players have in their hands. This will continue until one player gets a limit of 500 points.