Ryan Reynolds and his wife Blake Lively are growing their family as the actress recently showed off her baby bump for the first time. 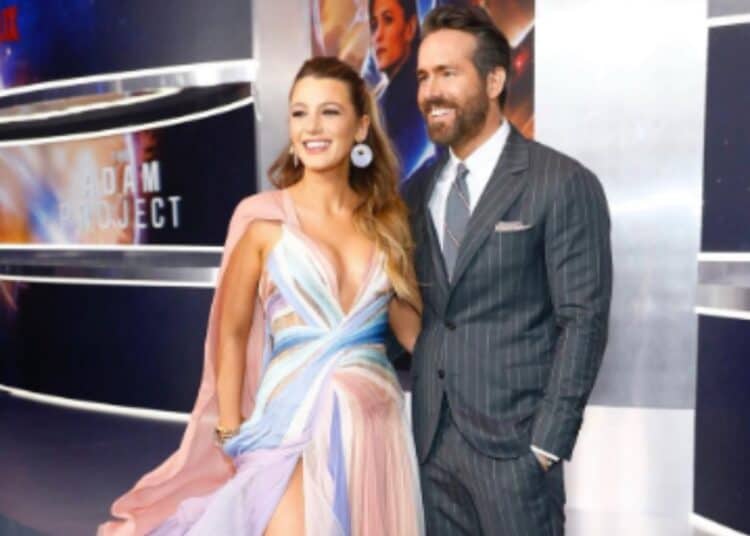 Blake Lively is a proud mum of three. However, the actress recently showed off her baby bump at the Forbes Power Women Summit.

While the celebrity couple is already parents to three daughters, Blake Lively recently displayed her baby bump in the most fashionable way this past Thursday. The mother of three rocked a Valentino mini dress draped in jewels, with hoops, a white headband, and cream platform stilettos.

As of late, the actress is currently expecting her fourth child with actor Ryan Reynolds. At the recent event, Blake Lively didn’t exactly address her pregnancy. But shared her thoughts on what makes her most happy.

‘I just like to create. Whether that’s baking or storytelling or businesses or humans, I just really like creating.’

To date, Ryan Reynolds and his wife opted not to share the news directly on their respective social media accounts. And have instead decided to make the announcement in one of the most fashionable and surprising ways possible.

To date, Ryan Reynolds is best known for his quirky dad jokes on Twitter and has shared a few humorous parenting experiences since becoming a father.

See some of his hilarious Tweets about parenthood below.

Damn it's hard letting your infant daughter go somewhere alone for the first time. I was a total mess dropping her off at Burning Man.

On our 6am walk, my daughter asked where the moon goes each morning. I let her know it's in heaven, visiting daddy's freedom.

Thus far, Blake Lively and Ryan Reynolds first met on the set of Green Lantern in 2010. Following this, the pair started dating in 2011 and got married the year after. The couple have been happily married ever-since.

Three kids later, the pair have decided to expand their family once more. In a previous interview, Ryan Reynolds spoke about their parenting style and shared that they prioritize their children before their careers.

Read More: Who’s on and off the guest list of Queen Elizabeth II’s funeral on Monday?

“The biggest thing for me…is that I don’t want to miss this time with my kids…I want my kids to have a pretty normal schedule. For many years when my wife Blake would shoot a film, I would not shoot a film and I would be with the kids and vice versa. So we would sort of trade-off.”