Cardi B pleads guilty to felony charges dating back to 2018

Cardi B is taking accountability and showing her children what it means to be an adult after receiving 15 days of community service. 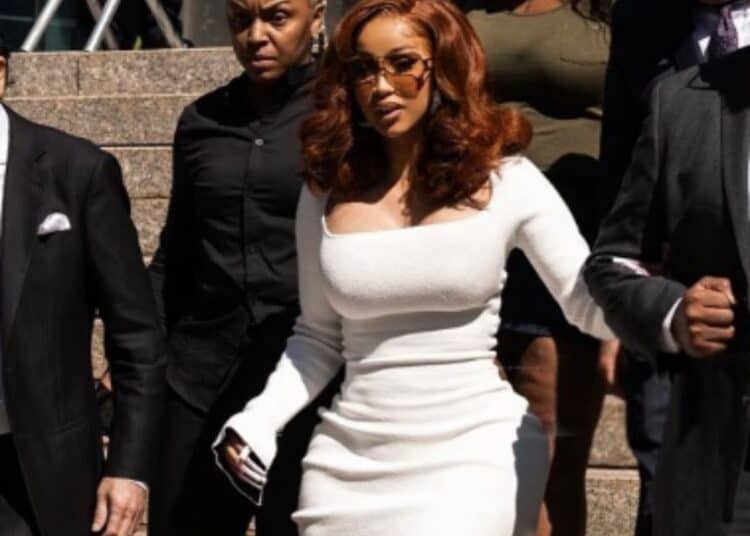 Cardi B will now face 15 days of community service. Photo: Instagram/Cardi B

Cardi B recently visited the former middle school to share some wisdom with their children. However, the rapper recently appeared in court regarding previous charges dating back to 2018.

Cardi B gets a short sentence

The incident took place in a bar and included a physical fight between rapper Cardi B and two females who were working at a bar. It is alleged that the rapper accused one of the women of having an affair with her husband Offset.

To date, two of the employees at Angels Strip club suffered minor injuries. After Cardi B and her entourage attacked the employees by throwing drinks in their faces as well as discarding hookah pipes towards them.

In court, two defendants were also found guilty of similar charges. As for Cardi B, the rapper faced ten charges relating to the altercation but has had two charges dropped. Similarly, the rapper has gotten a fairly light sentence for assaulting two ladies.

To take accountability for her actions, Cardi B shared that she is now a mother to two children and is showing them what it is to take responsibility for the bad things that she has previously done.

“I’ve made some bad decisions in my past that I am not afraid to face and own up to,”

Read More: Mixed feelings as price of petrol is set to decrease but diesel is expected to increase

The rapper further elaborated on getting back to a normal life without any problems.

“These moments don’t define me and they are not reflective of who I am now,” she added. “I’m looking forward to moving past this situation with my family and friends and getting back to the things I love the most—the music and my fans.”