Emmy awards 2022: The list of winners and highlights of the show

The Emmy Awards have kicked off and the winners have gotten their due praise. Here are the list of winners for 2022. 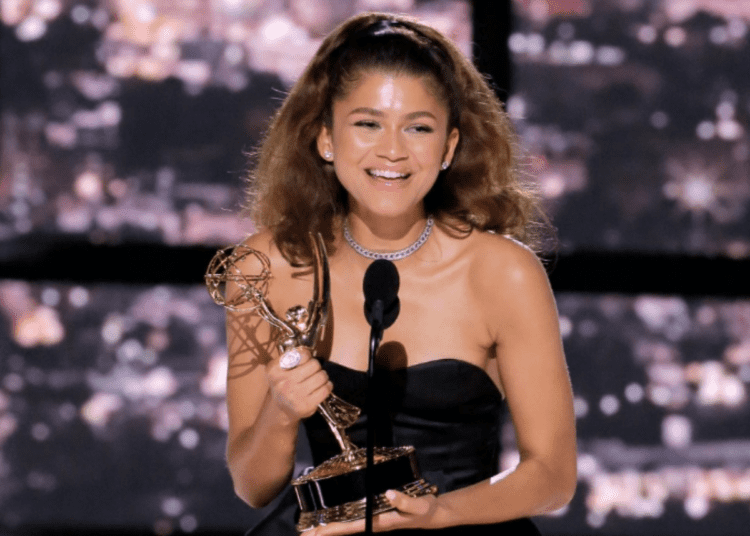 Zendaya is one of the many actresses and actors to scoop an award at the Emmy's. Photo: Twitter/Mckenzie Jean Philippe

Emmy Awards season could not have arrived sooner as the tv screens have been filled with great content for the past year. Now, these tv shows and films have finally been recognized.

To say that 2021 and 2022 were filled with great shows and films is an understatement. From Squid Game to Pam and Tommy, as well as Euphoria. Viewers have had plenty of shows and films to waste their time on.

As of late, the 2022 Emmy Awards have acknowledged all of the great works that have been produced this far and there are many moments in which fans might say, the show definitely deserved that honor.

Quite frankly, many were not that surprised to see Zendaya took home the Emmy Award for the best lead actress in a drama series for Euphoria. To date, Zendaya made history as the youngest actress to win in this category.

Memorable moments at the ceremony

To share her gratitude for the recognition, the actress noted how grateful she was to be able to tell the story of many people out there. Who may be going through some of the things she portrays in her character Rue on the show.

“I just want to say thank you to everyone who has shared their story with me. I want you to know that anyone who has loved a Rue, or feels like they are a Rue.I’m so grateful your stories.”

Thus far, this will be Zendaya’s second Emmy Award. As the actress had previously won an award for her earlier in her career.

Among some of the big news at the Emmy Awards, is the lead actor Lee Jung-Jae. Who secured the Award for the best lead actor in an outstanding drama series. Which is a big win for a Korean drama to date.

Another part of the memorable night includes Lizzo, who won the award for an outstanding competition show. Lizzo’s watch out for the big Grrrls competed against other popular reality tv shows such as The Voice.

However, what send the media into a frenzy was Jimmy Kimmels latest stunt on stage while Quinta Brunson accepted her award for her work in Abbott Elementary which is a comedy series.

Read More: Musa Mseleku weds his fifth wife despite opposition from other wives

As of late, it is reported that this formed part of a joke at the Emmy Awards this year. However, many took to social media to comment on the disrespect it portrayed against Quinta Brunson.

But, the actress later revealed that she wasn’t bothered by the late-night host’s actions. Meanwhile, Sheryl Lee Ralph took home the award for best-supporting actress in a comedy series. And managed to sing a tune in celebration of her very first Emmy win.