Queen Elizabeth II is continuing to be celebrated by her mourners and children. Prince Edward and his siblings recently paid homage to their mother. 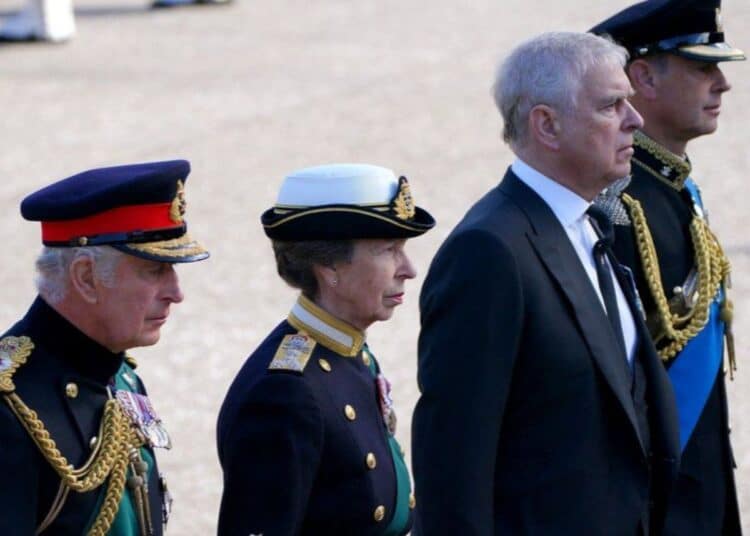 Prince Edward and the rest of the royal siblings paid homage to their mother by walking behind her coffin during the trip from Edinburgh to St. Giles Cathedral. This forms part of the many tributes the royals will embark on till the funeral.

Royals and Prince Edward follow the Queen’s casket on foot

To date, Queen Elizabeth II sadly passed on in the afternoon hours of 8th September. She was the longest reigning monarch in Britain to date with her son Prince Charles taking over the throne immediately.

Presently, it was made known that Prince Harry and Meghan Markle’s children named Archie and Lilibet will be able to use their royal titles. After the passing of Queen Elizabeth. The couple previously dropped their royal titles in an effort to live a private life without the royals.

Recently, Queen Elizabeth’s coffin has been moved this past Monday and traveled from Edinburgh to St. Giles Cathedral. To pay their respects, King Charles, Princess Anne, Prince Andrew, and Prince Edward followed their late Queens casket on foot. Each of the royals was in military dress except for Prince Andrew whose military titles have since been taken away.

Thus far, the Queen’s coffin was draped with the flag of Scotland. In the meantime, Prince Harry is also barred from wearing his military titles during the days leading up to the late Queen’s funeral.

However, both Prince Harry and Prince Andrew ill wear their uniform at the funeral as a way of giving their last respects to the Queen.

Currently, King Charles will not only reign over Britain but he will be King over Canada, Australia as well as New Zealand. This comes as the form part of Commonwealth countries. Since the passing of Queen Elizabeth, there have been talks on breaking away from this.