Members of an anti-crime forum in East London are facing several charges of kidnapping and murder. But the residents support the vigilantes. 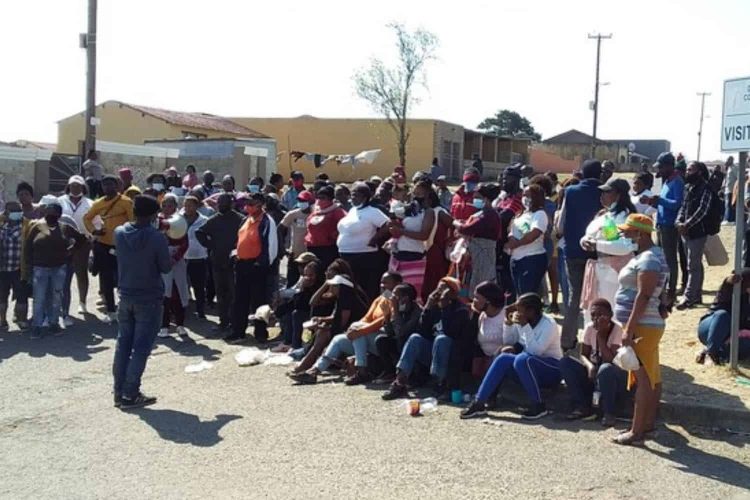 Four anti-crime forum members from Mdantsane have been taken into custody for charges of kidnapping and murder. But the residents have been donating money and marching for their release. While they are in custody, all patrols near the Mdantsane Highway Shopping centre have stopped.

Residents of Mdantsane, East London’s largest township, blame poor policing for the rise of vigilantism. This comes as residents have been donating money to help pay the legal fees of four anti-crime forum members facing several charges, including murder. The charges relate to a string of attacks on suspected thieves and criminals in Mdantsane.

On Tuesday, we reported how dozens of people had marched to the court in support of the accused. Other members of the forum had gone into hiding because they say they are targeted by police for exposing “police failures” in Mdantsane.

Earlier this week Mdantsane Police spokesperson Nkosikho Mzuku said that the charges relate to the murder of a security guard on Thursday, 8 July, near the mall in Highway. Mzuku said the suspects were also accused of assaulting two more people later that day who they accused of being thieves.

On Thursday, Magistrate Nolundi Mkwali postponed the case for the defence and state to consult after lawyer Malusi Ncolo Ncolo for the accused told the court that he was not aware that more charges were added to his clients’ dockets.

State prosecutor Robyn Van Vuuren asked that the accused remain in custody for the duration of the hearing as “the lives of witnesses will be at risk”. The magistrate then ordered that they remain in police custody until their appearance next week.

Outside the court, residents again came in numbers to support the accused. Chairperson of the anti-crime forum, Sipho Plaatyi said, “We also have support from churches that we were protecting from criminals. So far we’ve raised R5,000 for the lawyer but we need R14,000.”

Another forum member, LK Mafu, said that since the arrest of their members, they have stopped all patrols near the Mdantsane Highway Shopping centre.