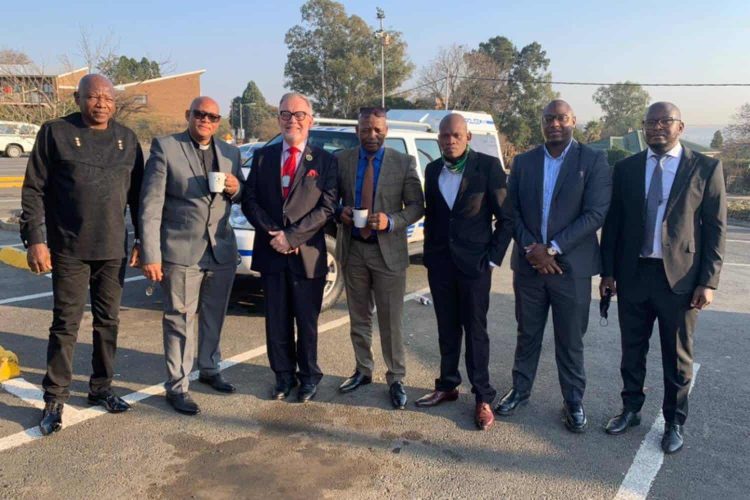 Suspended ANC veteran Carl Niehaus had a few things to get off his chest after his appearance at the Estcourt Magistrate’s Court on Wednesday.

Carl Niehaus: What’s he in court for?

In July, towards the tail end of shutdown riots that pillaged main economic hubs in Gauteng and KwaZulu-Natal (KZN), the suspended spokesperson of the disbanded Umkhonto Wesizwe (MKMVA) was arrested for allegedly flouting COVID-19 lockdown regulations.

Moreover, Niehaus had defied an order handed by the ANC which prohibited him from addressing crowds or attending political events, pending the outcome of a disciplinary hearing.

Video footage showing the 61-year-old being ushered away by a team of public order police officers, who’d camped outside Estcourt prison where former president Jacob Zuma was held on a 15-month bid, surfaced on social media.

It was later confirmed that the suspended spokesperson was jailed for breaking lockdown rules.

Instead of paying a R3 000 fine, Niehaus chose to take the matter up in court and on Wednesday, the 61-year-old appeared before the magistrate in Estcourt, escorted by Zuma-aligned ANC cadres.

The matter between Niehaus and the state, it’s believed, is still ongoing. Since the suspended spokesperson refused to settle the fine, he may be in a battle to skirt jail time as a mandatory two-year sentence is on the cards if he is found guilty of breaking lockdown regulations which prohibit political gatherings.

This was not at the top of Niehaus’ mind when he concluded matters for the day at Estcourt Magistrate’s Court, however.

The suspended ANC veteran sent indirect jabs towards President Cyril Ramaphosa, describing the heavy presence of armed police and army operatives as “a further indication that we are now becoming a repressive dictatorship.”

“Why else were there soldiers with armoured vehicles, & police with automatic rifles in court?” he asked in a tweet.

The large presence of heavily armed of police & soldiers at my court appearance today in Estcourt is yet a further indication that we are now becoming a repressive dictatorship. Why else were there soldiers with armoured vehicles, & police with automatic rifles in court?

At this time, it’s unclear when Niehaus is expected to return to court.