Nineteen school pupils, an assistant teacher and the driver of the bakkie all died in the collision. 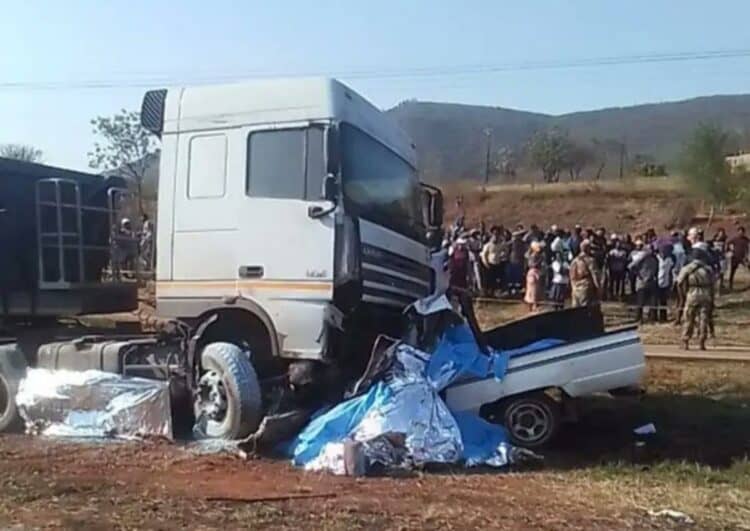 The truck driver who fled Friday’s deadly crash in Pongola that killed 21 people has been arrested, the KwaZulu-Natal department of transport confirmed.

Nineteen school pupils, an assistant teacher and the driver of the bakkie in which they were travelling all died in the collision.

“The driver handed himself over to the police today after a call by the MEC for Transport, Community Safety and Liaison,” Sipho Hlomuka said on Saturday.

Before his arrest, police launched a manhunt after the truck driver fled the scene which claimed the lives of 21 people, 19 of which are children.

“His arrest is important in assisting the families to deal with the devastation of losing their relatives. We commend the police who have had to activate all systems to make sure that the driver is pressured to surrender himself. We will be there to support the people of Pongola and the families during his court appearance on Monday,” said Hlomuka.

In a footage that has been circulating on social media, the driver is seen overtaking on solid line and colliding with a bakkie which was transporting school children on the N2 highway in the northern KwaZulu-Natal. He fled the scene immediately after the scene.