According to the previous handbook, the public works department was responsible for water and electricity, provided the cost is limited to R5000. 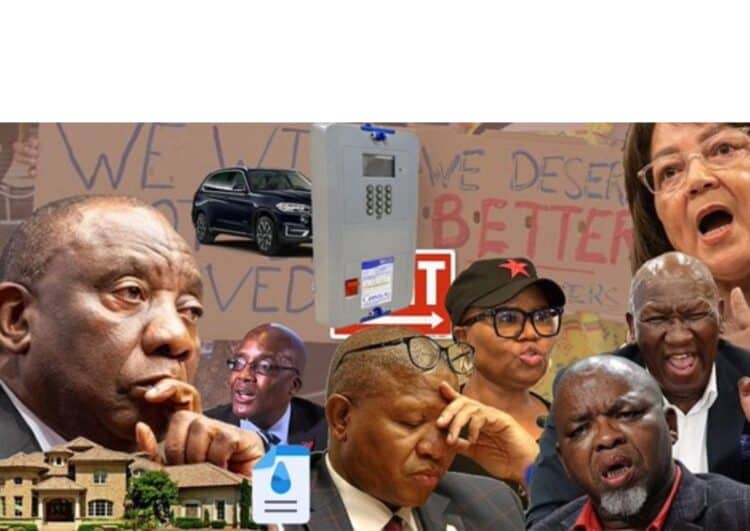 Cabinet ministers and deputies allegedly do not pay water and electricity bills. Photo via Twitter: @Our_DA

There has been widespread outrage following reports that ministers and deputy ministers are exempt from paying for rates despite earning at least R2 million a year.

The Democratic Alliance (DA) said it wanted a review of how amendments which details perks for ministers and their deputies can be changed by President Cyril Ramaphosa. Without consulting anyone.

According to the previous handbook, the public works department was responsible for providing water and electricity, provided the cost is limited to R5000 per month.

“It appears Cyril Ramaphosa hid from the public amendments he made to the Ministerial Handbook that force taxpayers to pay water and electricity bills of Cabinet cadres.

A statement issued by Government Communication and Information System (GCIS) said the Department of Public Works and Infrastructure is bound by government prescripts to accommodate members of the executive.

“The Department of Public Service and Administration sets out the provisions in the ministerial handbook. These provisions are part of the package that comes with being a member of the Executive as they are living in state-owned houses in service of the country.

The government said people who are in close proximity to these facilities may also be exempt from load shedding.

“Hospitals are required by law to have their own backup power, however, due to continued load shedding; the government is working on a plan to exempt certain hospitals in the country,” GCIS said