The fatally injured include 19 children aged between about five and 12 years old. 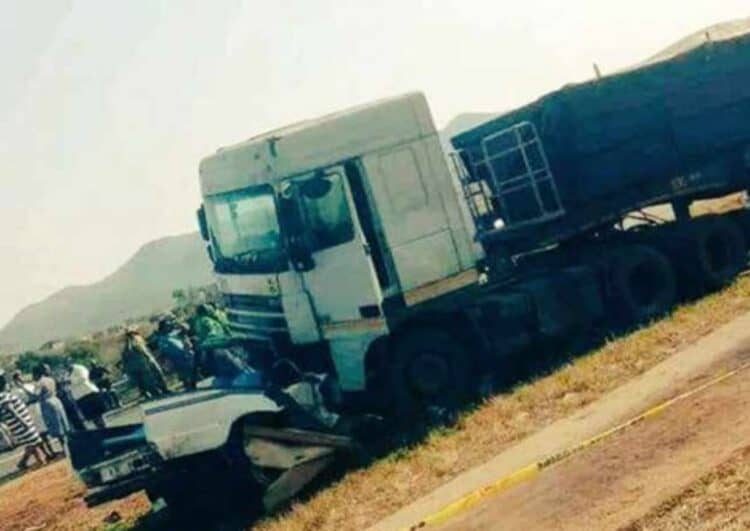 At least twenty-one people have been killed, including 19 children, after a truck crashed into a bakkie on the N2 near Pongola, in northern KwaZulu-Natal.

Robert McKenzie the KZN Emergency Medical Services spokesperson, said the incident happened on Friday afternoon where a bakkie had been transporting learners when it collided with a heavy vehicle.

“The fatally injured include two adults and 19 children aged between about five and 12 years old,” McKenzie said.

In her capacity as acting KZN Premier, Nomagugu Simelane, has sent her condolences to the families of the deceased.

“We wish to assure the citizens and all affected families that the government is working with all stakeholders to ensure that the cause of this traumatising accident is investigated and concluded speedily,” she said.

KZN transport MEC Sipho Hlonuka is expected to visit the families of the deceased.

“MEC Hlomuka conveys his deepest condolences to all the affected families and is due to visit the area so that for himself he is able to inspect the scene and interact with the families that have lost their loved ones,” said department spokesperson Kwanele Ncalane.

Dr Imran Keeka, the Democratic Alliance (DA) spokesperson on Education, called on the authorities involved to get to the bottom of what happened in the interest of justice.

“Far too often are so many lives lost because of unsafe and unregulated scholar transport. We send our condolences to all of the families who have tragically lost their loved ones. Only a parent who has lost a child will know the pain of these parents right now. We are hopeful that they will lean on faith and prayer during this excessively difficult period,” Keeka said.