Truss is the shortest-ruling prime minister in British history as she managed to serve for 44 days in office. 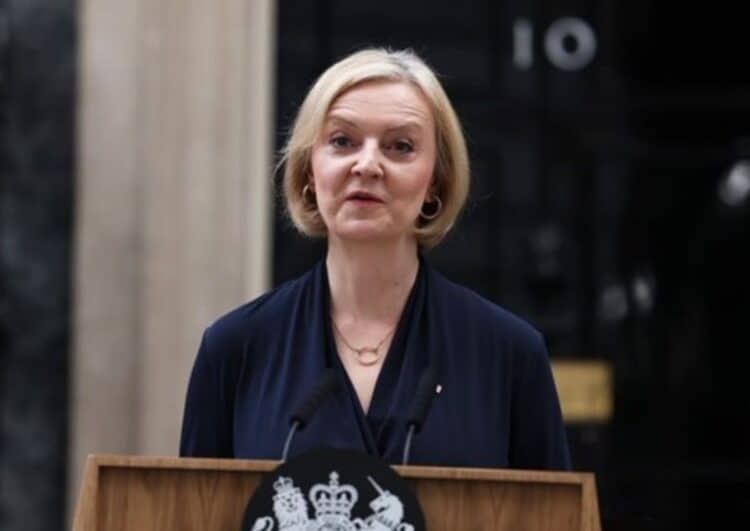 British Prime Minister hold a briefing where she announces her resignation. Photo via Twitter: @NgenziEddyPeter

Liz Truss resigned as UK prime minister after a brief and chaotic tenure that saw her announce a massive package of underfunded tax cuts before unwinding most of it in the face of a market rout.

Truss, 47, is the shortest-ruling prime minister in British history as she only managed to serve for 44 days in office.

Speaking outside the door of her number 10 Downing Street office, Truss accepted that she could not deliver the promises she made when she was running for Conservative leader, having lost the faith of her party.

“This morning I met the chairman of the 1922 Committee, Sir Graham Brady. We’ve agreed that there will be a leadership election to be completed within the next week This will ensure that we remain on a path to deliver our fiscal plans and maintain our country’s economic stability and national security.”

Truss began as prime minister in September, proposing a radical agenda that she claimed was designed to kick start economic growth. But she had to pull back on those plans almost immediately after the total opposite happened. Her proposals triggered an immediate economic meltdown from which she never recovered.

Her departure leaves the ruling Conservative Party badly damaged, languishing more than 30 points behind Labour in the polls after 12 ½ years in power. Her successor will become the parties fifth premier in less than seven years since announcement of Brexit in 2016 which was a chaotic period in British history.