The state forged ahead with its case after Mahlangu's firearm was found on one of the suspects. 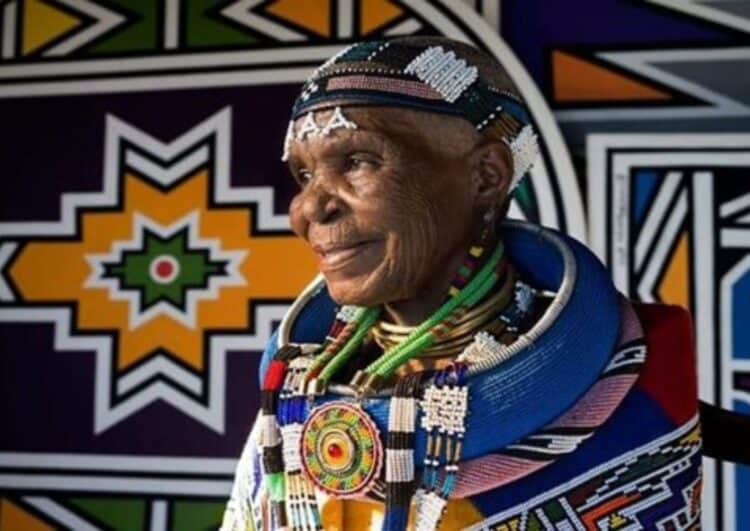 The case against two men charged with assaulting and robbing world-renowned Ndebele artist Esther Mahlangu has been struck off the role in a Mpumalanga court.

The pair were arrested in April in connection with the attack. They have been released as the court found that they have no case to answer.

On Thursday the National Prosecuting Authority (NPA) said the case against the suspects had been removed from the roll of Mdutjana magistrate’s court.

“The magistrate removed the matter due to outstanding investigations from the police. Once the information is obtained, charges against the accused will be reinstated,” said Monica Nyuswa, the NPA spokesperson.

Mahlangu, a renowned Ndebele artist, was attacked in her home in Weltevrede, near Siyabuswa, Mpumalanga on March 19. The 86-year-old woman was allegedly assaulted, strangled, tied up and robbed of, among other things, her firearm and undisclosed amount of cash.

The state forged ahead with its case against Simon Skhosana and Jan Masilela after Mahlangu’s firearm was found to be in their possession.

“The accused Simon Kgansi Sikhosana and Jan Masilela, were accused with robbery with aggravating circumstances and have been in custody,” said Nyuswa.

Sikhosana had reportedly done some work for the Mahlangu family in the past.

Now the matter has been struck off the roll because police failed to present sufficient evidence linking the suspects directly to the crime.

Nyuswa said the charges will be reinstated once the police have gathered the outstanding information. However, when that will be is unknown.

Grahamstown prison break: Second escapee re-arrested after he was caught hiding in bushes