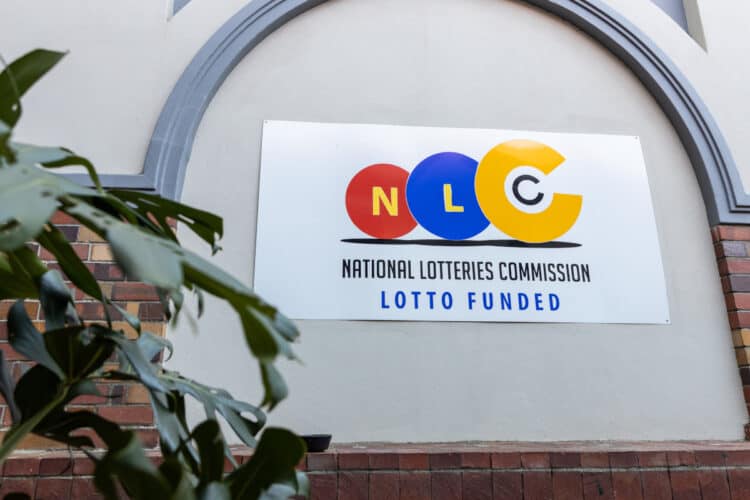 The SIU’s investigation into the National Lotteries Commission (NLC) includes the purchases of luxury homes for former NLC board members and its former commissioner, and of a R6.3-million Rolls Royce bought with Lottery funds in 2016 by Alfred Nevhutanda, the former board chairperson. Nevhutanda’s scandal-ridden 10-year term ended in November 2020.

Mothibi said that civil litigation would be instituted to recover misappropriated funds that were used to pay for Nevhutanda’s home. The SIU recently successfully applied for a preservation order over a R27-million rand property and its furnishings owned by a company of which Nevhutanda is the sole director. The house was paid for by non-profit companies that received grants, and by private companies that provided services to the NLC.

In a significant move, the new NLC board said it had placed a moratorium on “pro-active funding“. Proactive funding had allowed the NLC, in consultation with its board, to identify and fund projects without receiving an application for a grant. This measure, which was introduced in a 2015 amendment to the Lotteries Act, enabled industrial-scale looting of Lottery funds meant for good causes.

The board also said that it planned to “conduct lifestyle audits across all levels of staff to root out corruption at the NLC.”

The SIU’s appearance in Parliament was a follow-up to a previous presentation by the unit in March, when Mothibi revealed fraud, money laundering and networks of corruption involving former NLC chief operating officer NLC Phillemon Letwaba, a senior member of his family, two former board members, Nevhutanda and William Huma, and hijacked non-profit companies and shelf companies.

In his presentation on Tuesday, Mothibi said that the SIU was looking into more than R1.4-billion in dodgy grants, over three phases of investigation. The first phase, now complete, involved 12 grants valued at R279.7-million, which were “corruptly siphoned out of the NLC with the assistance of [former NLC] Executive and Board members”. A report on the first phase will be handed to President Cyril Ramaphosa by 31 October.

In the second phase, which is currently underway and involves 17 matters, the SIU has identified R246.6-million in grants for investigation. The report on this part of the investigation is due in March 2023. The third phase, which will begin in April next year, will probe grants valued at R905.9-million, bringing the total of grants under investigation to R1.4-billion. If further information on corrupt grants was received these would be investigated, Mothibi said.

Civil litigation to set aside and recover the stolen funds is underway, and applications for preservation orders over eight more properties purchased with misappropriated Lottery funds will come before the Special Tribunal soon, Mothibi said. And, a list of 13 implicated people will be handed to the National Prosecuting Authority (NPA) by the end of October.

Barney Pityana, the new NLC board chairperson, told the committee that the Auditor-General, forensic audit firm SkX and the SIU had found:

He said that the NLC planned to embark on a programme to restore its badly damaged reputation.

“It is fair to state that the NLC finds itself at a crossroads. This flagship philanthropic project, that should be the pride of our country, has been buffeted by crosswinds,” Pityana said. “The National Lottery is obligated to function with due regard to some key constitutional and moral principles.”

Minister of Trade, Industry and Competition Ebrahim Patel told the portfolio committee that the latest report revealed how NLC funds “meant for the most vulnerable communities and projects (old-age homes, drug rehab centres and centres for young children), were cynically and brazenly stolen by an organised syndicate of persons.”

But, he said, the investigation proves that “the institutions of the democracy are able, when brought into action, to collect the evidence of wrong-doing and ensure that implicated persons are identified and held to account.

“Courageous individuals, ranging from whistle-blowers to journalists and investigators, were essential to uncovering wrong-doing and showing the channels through which monies flowed between the NLC and recipients, by-passing the intended community beneficiaries.”

Patel said that the “syndicates responsible for looting public funds were able to rely on a network of professional firms that enabled the monies to be redirected, and that the syndicates had sophisticated methods to cover up their actions and deflect attention.” These firms include lawyers who helped facilitate the looting and both Patel and the SIU said that these lawyers would be reported to their professional bodies for action to be taken including possible disbarment.

Several key people resigned before they could face disciplinary hearings, including Letwaba and former NLC commissioner Thabang Mampane, who quit after the NLC questioned her about a golf estate home paid for with funding intended for a school in Limpopo. But Patel said there was “compelling evidence now available that can result in criminal charges, and recovery of money.”

“Resignations do not absolve any implicated party from civil and criminal prosecution,” he said.

In his presentation, Patel revealed a campaign of “lawfare” against himself and his department by the NLC to try to stop attempts to investigate corruption, as part of a “strategy to tie the Ministry down.” These include several court actions brought by pop-up non profit companies to stop the NLC from disclosing information about grant recipients, but withdrawn when he entered an intention to defend.

A similar action was launched against GroundUp by a mysterious, brand-new non-profit company, United Civil Society in Action (UCSA), which claimed GroundUp was breaching a regulation of the Lotteries Act that protects the confidentiality of recipients of NLC grants. The application was later withdrawn and UCSA committed to paying GroundUp’s legal costs.

How the NLC will change

Yesterday Minister Patel and the NLC’s board announced a raft of measures to deal with the rot at the NLC and prevent corruption taking hold again. These include:

Soapie Teasers for Uzalo this October 2022