When Pentagon security guards entered Loskop Dam, they found the man ripping the seats of his VW Golf near the dam wall. 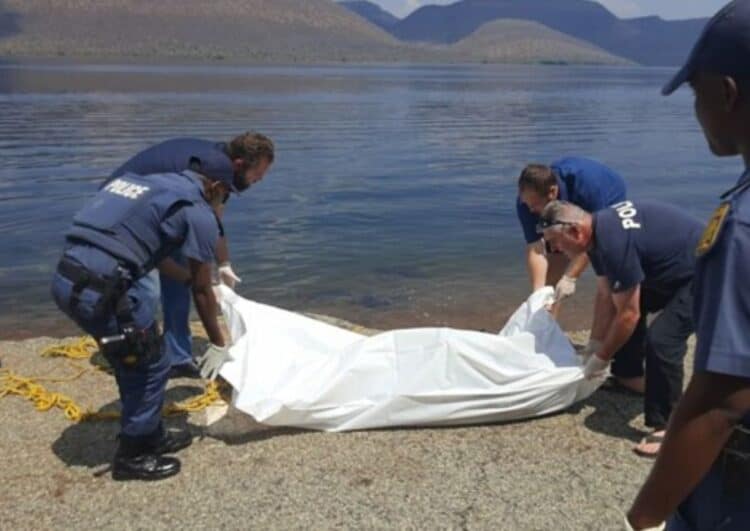 Man claiming to be 'Jesus reborn' drowns in a river after security guards and police officer failed to rescue him. Photo Middleburg Observer.

A seemingly confused man, who said his name was ‘Jesus reborn’, ignored please from the police and security guards and walked into the Loskop Dam where he drowned.

The incident happened in Loskop Dam in northern Mpumalanga, where security guards were called to the scene, where they found a dazed man ripping out the seats and smashing the windows of his VW Golf near the dam wall.

When Pentagon Security representatives entered Loskop Dam, they found the man ripping the seats of his VW Golf. The vehicle had also been set alight. While the guards attempted to detain him, the man who claimed to be ‘Jesus reborn’ headed to some bushes.

At this point, police joined security guards at the scene looking for the man, who resurfaced near the water’s edge. After a brief confrontation with officials, he lunged forward and splashed down into the dam.

Witnesses tried to persuade him from the shoreline not to go any further into the dam, but their pleas were ignored, and the man walked deeper into the dam and drowned, despite attempts to save his life.

An investigation is currently underway to determine what exactly drove the man to such extreme behaviour.

The body of the man was transported to the state morgue by forensic pathologists and is yet to be identified by his family.

Gqeberha: Three critical after being ejected in rollover