Two non-operational aircraft were affected by the veld fire at Bonaero Park near OR Tambo. 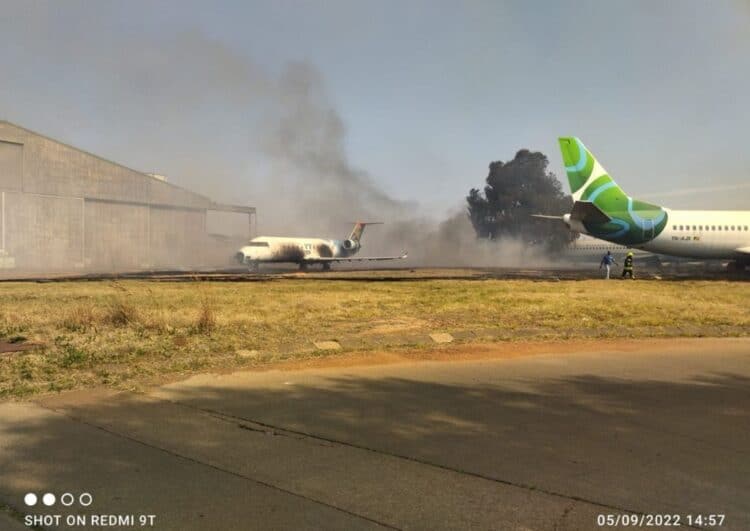 Johannesburg’s OR Tambo international airport was forced to close one of its runways on Monday afternoon, after a nearby veld fire spilled onto its grounds.

The reports of the fire came in after midday on September 5. Airport Management confirmed the reports with a statement on Monday afternoon.

“OR Tambo International Airport Management confirms that runway21L/03R has been temporarily closed due to a veld fire that spilled over from the adjacent community within the airport precinct,” it said.

The airport tweeted a notice to its followers on Twitter asking travellers to exercise “patience and understanding”.

Two non-operational aircraft were affected by the veld fire at Bonaero Park near OR Tambo.

According OR Tambo International Airport communications specialist Samukelo Khambule, the planes were parked and there had been no deaths reported. The airport’s fire and rescue team was on site and worked tirelessly to extinguish the flames.

Khambule said the runway was reopened after emergency services managed to extinguish the flames. The airport operation was not impacted, and flights managed to land and depart as scheduled.

“Our fire and rescue team has managed to contain and successfully extinguish the fire. They will continue to monitor the situation closely throughout the night. Two aircrafts parked at Denel were affected by the fire, and no loss of life was reported.”