The driver did not have a licence and both occupants were drinking in the car. 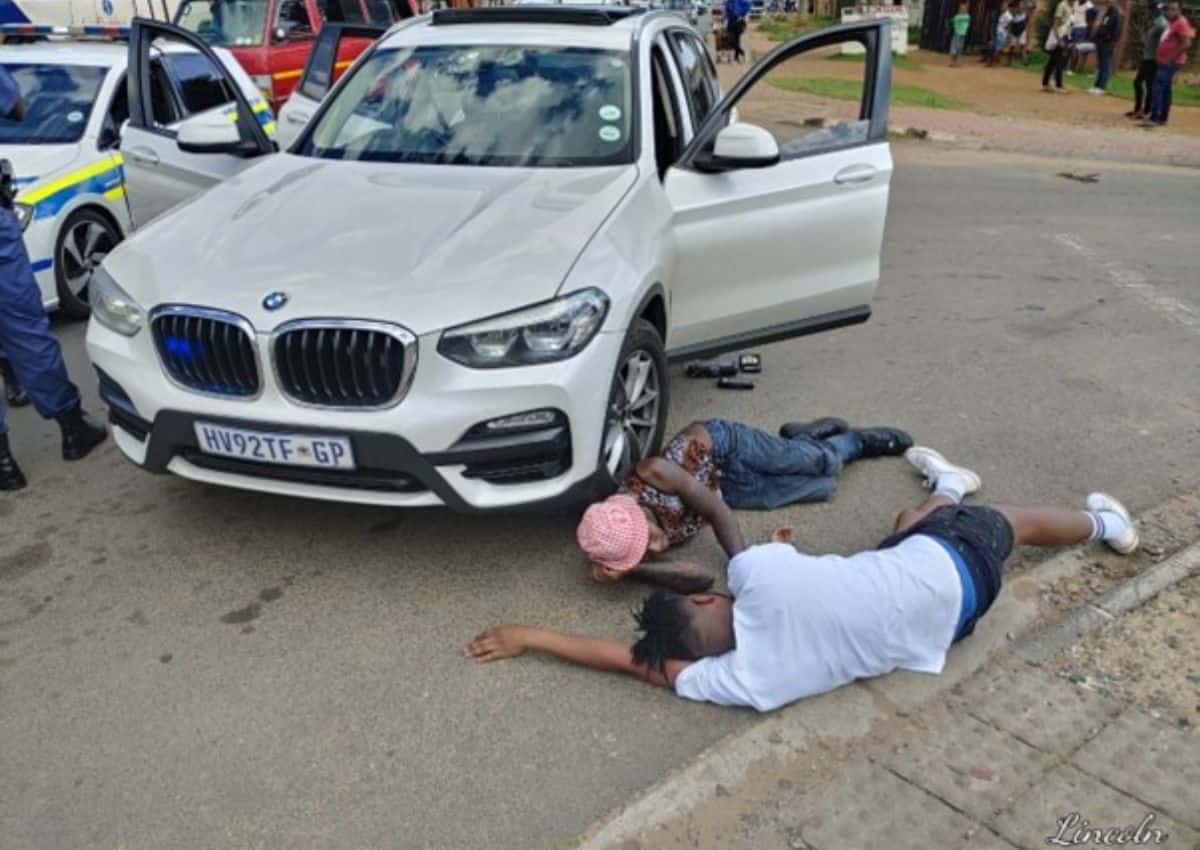 Two suspects lie on the floor after being arrested for driving a suspected car. Photo via Twitter: @CliffShiko

The men aged 26 and 32, were arrested on Saturday for driving a suspected JMPD stolen car and impersonating police officers.

According to the JMPD, the car-with two occupants- was driving on Koma Road in Soweto on Saturday when officers spotted it.

One of the occupants was allegedly wearing a JMPD director’s combat cap. When questioned, they could not produce appointment cards that would identify them as JMPD officers.

The driver did not have a licence and both occupants were drinking in the car.

“The registration number was investigated, and it did not come out as a police vehicle, so the K9 Unit members decided to investigate what was going on with the vehicle,” the JMPD said in a statement.

The officers questioned why the car was fitted with blue lights when the registration of the car was revealed to belong to Idrive Car Rental.

“Officers conducted a further inquiry which revealed that the vehicle is a JMPD vehicle used at the JMPD headquarters,” the statement said.

After being breathalysed, the driver was found to be under the legal blood alcohol limit.

“The suspects were questioned as to how they acquired the vehicle and they alleged that it was given to them by a JMPD employee. However, a case of theft of a motor vehicle was opened and registered at Protea Glen SAPS by the alleged JMPD officer.”

Both suspects were attested and detained at Jabulani SAPS. They are expected to appear in court soon.