After joining the virtual covid-19 summit, President Cyril Ramaphosa shares his remarks on how to end the pandemic. 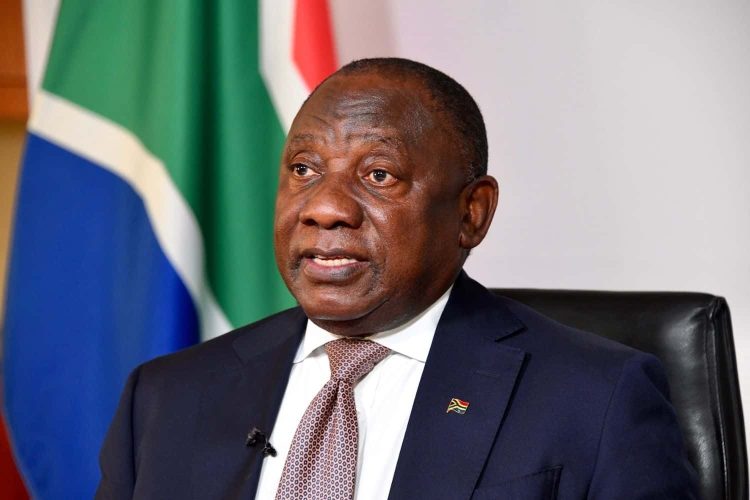 The President started off by thanking President Biden for the generosity of the United States by donating millions of vaccines to several countries.

“South Africa has been a very grateful beneficiary of your generosity for which we thank you.”

He proceeded to state that the summit marks an important milestone in the response to the pandemic to account for and vaccinate the world.

Even though South Africa is encouraged by the goals and targets for ending the pandemic, Ramaphosa feels that current realities need to be taken into account.

“We have committed to vaccinating at least 70% of the world’s population by next year, but we are now at the end of September and have not reached the 10 per cent target we set ourselves in May.”

“The gulf is widening between better-resourced nations who are buying up and even hoarding vaccines and developing countries who are struggling to have access to vaccines. The pandemic has revealed the full extent of the vaccine gap between developed and developing economies and how that gap can severely undermine global health security.”

“We however reiterate our proposal that developing countries should be enabled to manufacture their own vaccines as well as to procure them directly. South Africa and India have proposed that the WTO should approve the proposal we have made for the waiver of the TRIPS provision.”

In order to ensure that African countries can have better access to vaccines, all African Union member states have signed an agreement. The Africa Vaccine Acquisition Task Team agreement is to gain access to 220 million doses of the Johnson and Johnson vaccine.

According to Ramaphosa, the Summit must come up with a plan to support developing countries.

“Not only to meet targets around vaccination, oxygen, diagnostics, personal protective equipment but also for manufacturing. We must close the financing and supply gap for COVAX, AVATT and other mechanisms.”

President Ramaphosa ended his statement with, “Cooperation, collective action and above all consensus, is our greatest strength in the current crisis, and will continue to be so in the future.”

Corruption in state-owned companies hurts low skilled workers the most: we show how