Some men are insecure in the ANC...they are not comfortable working with women in strategic positions. 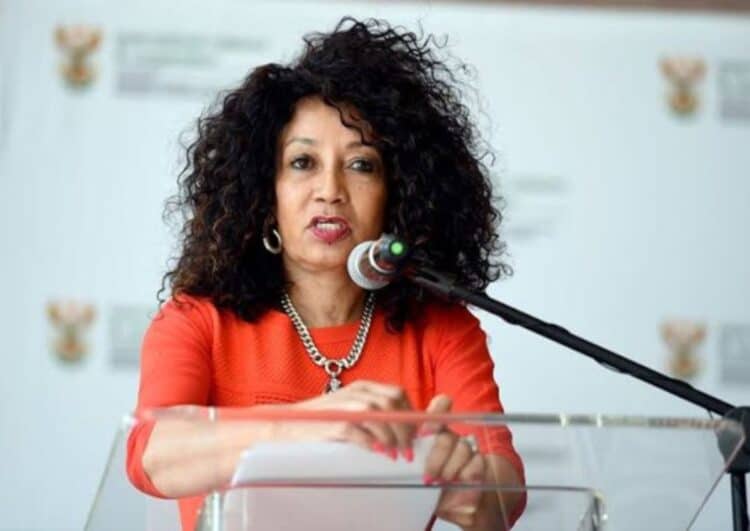 Lindiwe Sisulu throws her hat into the title race for presidency. Photo via Twitter: @Stoute_SA

African National Congress (ANC) National Executive Committee (NEC) member Lindiwe Sisulu insists that she is still in the contest to become the next president, saying she is ready and is yet to launch her official campaign.

She and her long-time friend Nkosazana Dlamini Zuma have both expressed their interest in the position, but the contest will not be easy for either of them.

Sisulu, the incumbent Cyril Ramaphosa, Embattled Dr Zweli Mkhize and Nkosazana Dlamini Zuma are said to be all vying for the position of president.

This as the ruling party prepares to host its 2022 national conference in December.

Sisulu believes patriarchal tendencies within the governing party have propelled men to new heights, while women are overlooked and left behind.

“Some men are insecure in the ANC… they are not comfortable working with women in strategic positions,” Sisulu said.

“Nkosazana Dlamini Zuma is my comrade and friend. We have been through the struggle together and, I guess, even now, we are in this together representing our representative constituencies and the future of our children.

“I have no doubt that we will end up together, as we have been in the past. She is a strong woman. My fear is that men may be tempted to double-cross us again because they mistakenly believe the presidency is their place,” she said.

Sisulu is giving it a go again after failing to make it into the ballot in 2017.

She said her name is coming up as ANC branches nominate their preferred candidates to contest for leadership positions in December.