The Department of Tourism confirmed the arrest of three suspects following the murder of the German tourist. 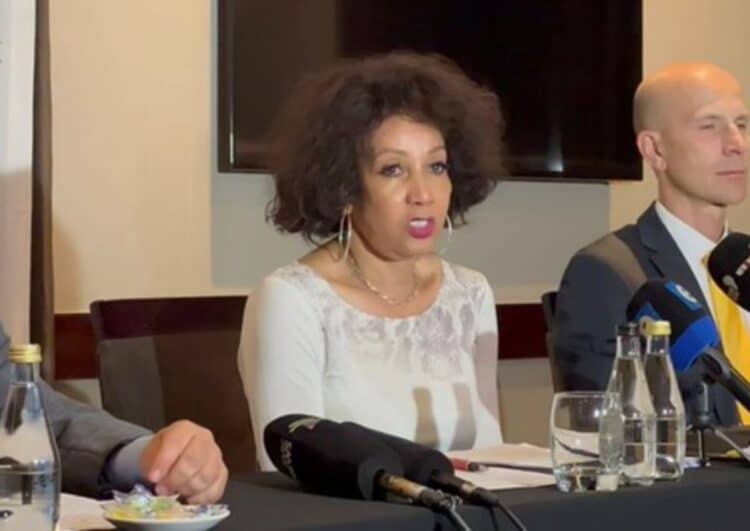 Tourism Minister Lindiwe Sisulu worked hard to reassure tourists that South Africa was a safe destination, indicating that only three tourists were killed in the past 27 years.

This follows the murder of a German tourist on Monday near Kruger National Park in Nambi. The 67-year-old man was shot and killed after three men allegedly tries to rob him and three others, including his wife.

“Sisulu said: “We have only had a record of three tourist deaths in our country and the only murder we’ve had that can be pinned down to the insecurity that might arise around tourists is the one we’re talking about now.”

She added that evidence in the murder case of Anni Hindocha, who was killed while on honeymoon in Cape Town in 2010, indicates that it was a planned hit. The third death in Cape Town she alleges was an accident.

“That is a record of safety and that is a record we’d like to keep. We assure them that South Africa is safe… for tourists, we provide maximum security.”

The Department of Tourism confirmed the arrest of three suspects following the murder of the German tourist. Sisulu brought this to light on Wednesday night during the televised press briefing.

The three suspects were taken in for questioning prior to their arrests as confirmed by Police Minister Bheki Cele.

At the time of questioning, Cele said he believed they would “crack the case very soon”.

Sisulu sent South Africa’s “sincerest condolences to the people of Germany, adding that we’re very concerned about the safety of our tourism”.