Rand Water blames Gauteng's municipalities saying they must do a better job managing supply to customers. 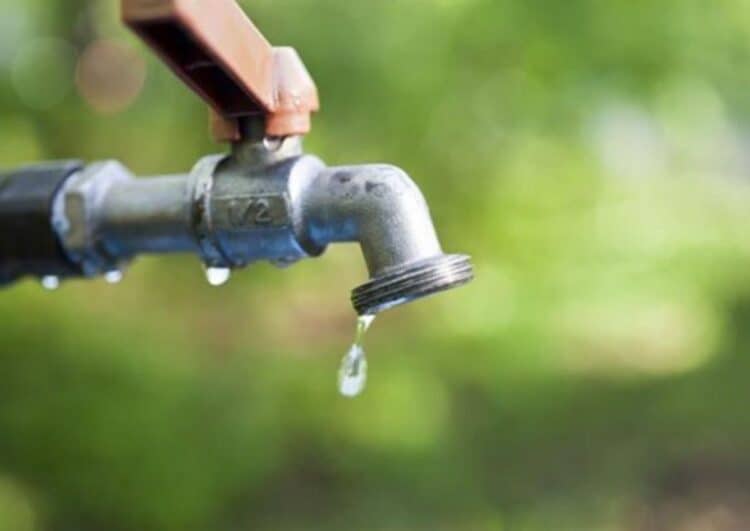 Rand Water says there is no shortage of water and puts the blame on Gauteng municipalities for the shortage. Photo via Twitter: @daddyhope

South Africa’s major cities in Gauteng province- the country’s economic heartland- are experiencing water shortages. In Tshwane and Johannesburg taps have run dry, with numerous areas experiencing intermittent supply while other areas have no water at all.

Rand Water, the water authority for the region has imposed a 30% water restriction in the City of Johannesburg, Tshwane and Ekurhuleni. This means that people cannot use water exceedingly and the utility can cut the water supply for those who do not comply.

The last water shutdown took place in November 2021 when Rand Water cut off supply for 54 hours in come parts of Johannesburg and Tshwane so that it could do infrastructure maintenance. During 2015-2017 there were also water restrictions during the drought.

The province serves as a perfect example of how an area can experience water shortages and intermittent supply even though dams are full.

Rand Water has put all the blame on Gauteng’s municipalities saying they must do a better job of managing supply to customers to avoid the taps running dry.

Makenosi Maroo, Rand Water Spokesperson told SAfm that there is no shortage of water, despite the heatwave which has forced residents to consume more water. The water in South Africa’s heartland is not short.

Maroo also denied that Rand Water does not have the capacity to supply more of the precious resource to municipalities.

“We do have the capacity, we just have to encourage municipalities to manage the usage from their side.”

She blamed leaks and wastage of water for the restriction that are now being enforced in the province.

“We are talking about 40% being lost to leaks, that tells you that there is a problem… the consumption goes higher and if you add the leaks that I am mentioning, that seem to be a problem. We are able to supply, but we are experiencing the loss in terms of leaks.”