The palace said it would share more details later as preparations for the ceremony are underway. 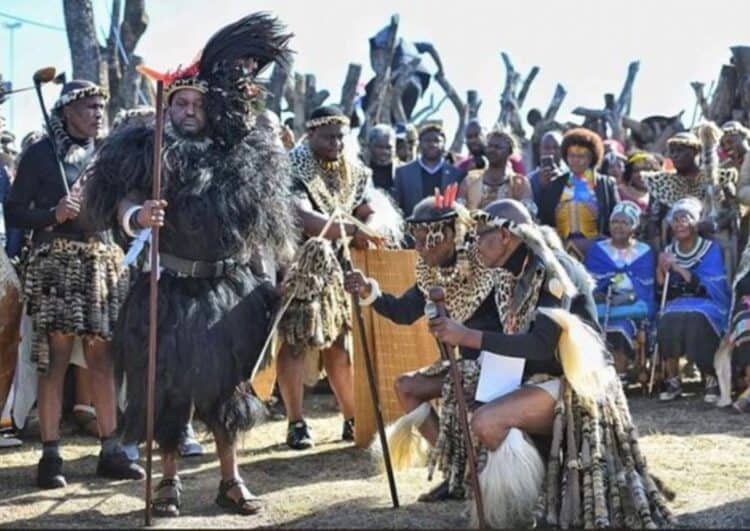 AmaZulu King Misuzulu kaZwelithini will be officially crowned in October where he will be given his certificate which officially declares him as the king.

The event will take place at the Moses Mabhida stadium in Durban on October 29, said the royal palace.

“On behalf of His Majesty King Misuzulu kaZwelithini, it gives me great pleasure to announce the date for the handing over of the certificate by the President of the Republic to the King of the Zulu Nation,” read the statement.

The palace said it would share more details later as preparations for the ceremony are underway.

Earlier in the day, Prince Mangosuthu Buthelezi, the traditional prime minister of the Zulu monarch and nation, issued a statement where he confirmed that Prince Simakade has served them with court papers challenging the recognition of the King.

Buthelezi said he stands by the decision and was in touch with his legal team over the latest legal challenge.

“Today two files of documents have been delivered to my home of KwaPhindangene alerting me to the fact that Prince Simakade Zulu has instituted litigation in the Pretoria High Court in a bid to have himself declared the King of the Zulu Nation.

“In due course, these documents will be considered by my lawyers and a response will be provided, as necessary. However, I wish to make my position on this matter very clear, as it has not changed.

“His Majesty King Misuzulu kaZwelithini has already been declared the undisputed rightful heir and successor to the throne of his late father, King Goodwill Zwelithini ka Bhekuzulu,” he said.

“None of the litigation brought to stop His Majesty’s ascension has been successful,” said Buthelezi.