Ruben Sekwele claims Ramaphosa used his business plan which he had submitted as an unsolicited bid. 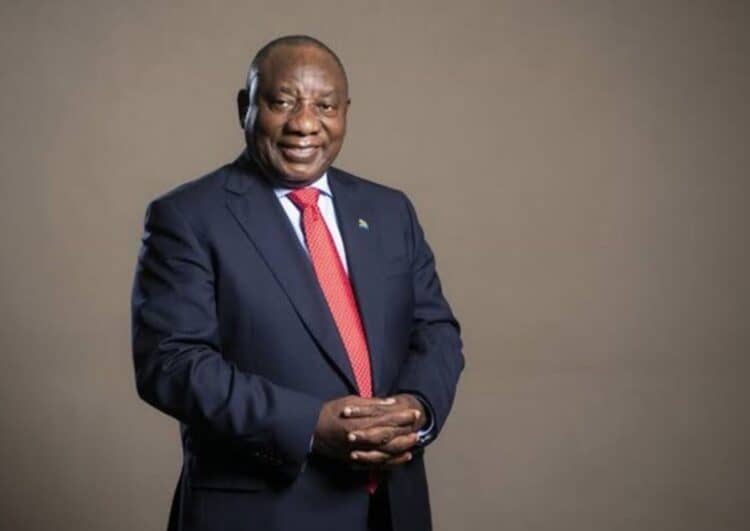 Yet another case opened against President Cyril Ramaphosa. Photo via Twitter: @mmodiba10

President Cyril Ramaphosa faces more problems as yet another criminal case has been opened against him as he prepares contest for a second term as ANC president.

A charge of theft has been laid against Ramaphosa, reportedly by a businessman who claims his energy plan presented to the head of state was stolen and used without his involvement.

Businessman, Ruben Sekwele, has opened a criminal case against Ramaphosa at Booysens police station in Johannesburg for allegedly stealing his intellectual property.

Sekwele, the CEO of Rubbytad Group, an independent power producer, claims that Ramaphosa used his business plan which he had submitted as an unsolicited bid.

He claims Ramaphosa then used it as part of the national energy plan. Sekwele said he hand-delivered the business plan to Ramaphosa and they even had a photo opportunity in 2018.

The businessman claims Ramaphosa introduced him to other government departments as the president was apparently pleased with his business plan and Sekwele communicated with those departments through a series of email messages.

Sekwele told the Sunday Independent that he was forced to open a case against the president after he endorsed and used his information along with other departments.

“I have opened a case for theft of my intellectual property against the president and I am prepared for the war because I know they unleash snipers, in a form of journalists and communicators to character assassinate me,” he said.

Colonel Athlenda Mathe, the police spokesperson confirmed that a case of theft of intellectual property was opened against Ramaphosa at Booysens police station in Johannesburg last month.

Mathe could only confirm the case of “theft” has been registered and declined to comment any further on the matter.

“The SAPS confirms that a case of theft has been registered at the Booysens police station on September 28,” Mathe said.

Mathe told Times Live she would first have to check with the station on the developments on the case.