Lost since 1915, the shipwreck of Sir Ernest Shackleton's Endurance was discovered east of the Antarctic Peninsula. 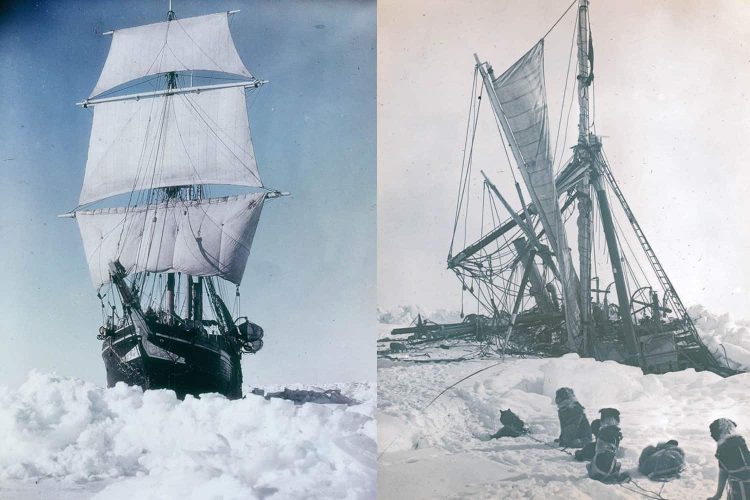 After a failed expedition in 2019 to find the shipwreck of the Endurance, the SA Agulhas II set out once again to locate the wreck of Sir Ernest Shackleton’s ship. And on Tuesday, the expedition team aboard confirmed that they had finally located the 107 year old shipwreck. Found in fairly good condition on Saturday the 5th of March in the Weddell Sea.

In 1912 a Norwegian shipowner and Belgian officer teamed up to build the three-masted ship as an ice-capable passenger-carrier. Its unique design meant it had no cargo hold and a small amount of space for stores. Making it less than ideal for anything other than expeditions to icy lands. Even many of her own crew claimed that the ship’s shape was too rounded for the open ocean.

Then, in 1914, a crew of 27 men and one cat sailed for the Antarctic for the Imperial Trans-Antarctic Expedition. However, the ship hit packed ice in December 1915. Following which the Endurance and her crew spent almost a full year slowly battling against severe weather and thick ice. Before eventually the ship buckled under the pressure and started sinking. Although, all of her crew survived.

An expedition team could finally locate the Endurance with the aid of the Department of Forestry, Fisheries and the Environment and the Falklands Maritime Heritage Trust, who chartered the SA Agulhas II with the aim of locating and filming the shipwreck.

According to the government media release, “The SA Agulhas II is one of the most advanced and modern polar research vessels in the world”. An ice-breaker ship regularly used for science and logistics expeditions into the Southern Ocean and Antarctica.

“We are proud of the role that South Africa, through the SA Agulhas II, has played in the success of this expedition.  It is a success that can be attributed to the excellent cooperation between the Department, the expedition leaders and the Department’s ship management company – AMSOL,” said the Minister of Forestry, Fisheries and the Environment, Ms Barbara Creecy.

Where The Endurance Shipwreck Was Found

The expedition team found the Endurance at a depth of 3008 meters in the Weddell Sea. The shipwreck had only been about 6.5 kilometers south of the position of sinking originally recorded by her final captain, Captain Frank Worsley.