South Africa Under-23 squad coach David Notoane has announced the squad for the 2023 AFCON qualifier against Togo. 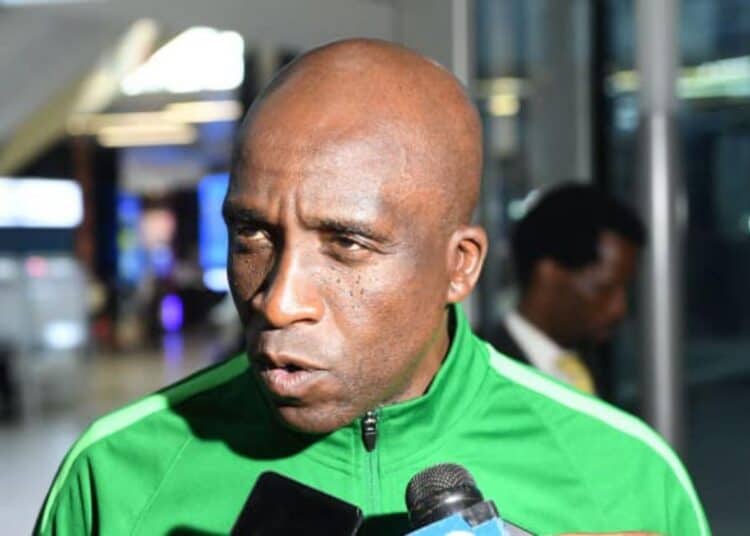 What was notable is that Notoane promoted Mduduzi Shabalala from the under-20 that competes in the COSAFA Cup to Amajita who have a tough task ahead of them.

“Selecting this squad has been very challenging because we had a bye when Togo faced Mauritania, and we did not have any official practice matches during the previous FIFA window. Now with other teams having played already, they have a sense of where their squads are,” Notoane told SAFA website.

Notoane is hoping that players will be made available by their clubs considering that two matches against Togo will be played outside of the FIFA calendar.

“We had to put together a team that will be able to give us an advantage in the first leg, secure a victory first, try not to concede and come away with a clean sheet in Togo, which will be very difficult in a hostile environment and  with altitude also a very important factor to consider,” he added.

“So with [PSL] teams rendering certain players unavailable due to their hectic programmes, and also looking at the fact that some players will be required to honour their club commitments up until Wednesday, we had to find a very good balance in making sure we have a squad that is strong enough to compete, and fresh enough to  be able to deal with the conditions in West Africa, in Togo.

“In terms of selecting the players, we had a lot of engagements with the PSL, with the clubs directly to see which players are available. We also requested some fixtures, especially in the ABC Motsepe League, to be moved. Those are some of the challenges we had to overcome in finalizing the squad. But one is confident that we have put together a team that will be strong enough, competitive enough and we should be able to come out of Togo with something positive.

“We have even gone further and looked at the South African Under-20 squad playing in the COSAFA tournament in Swaziland and a few of the players there have shown tremendous talent and ability. Seeing that they are already active and in competition, we are also considering selecting one or two of them to give us depth and options due to the unavailability of certain players.”

Team news for Rangers vs Liverpool