SAFA have confirmed the next international friendly for Banyana Banyana as they continue to prepare for the World Cup. 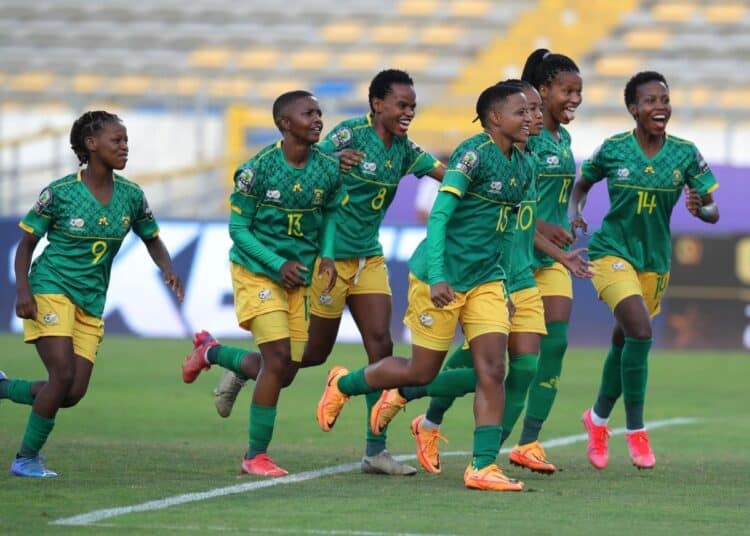 African champions Banyana Banyana will face Australia in a friendly international to be played in London next month.

The Saturday, 8 October 2022 match is a historic meeting between the two sides as it marks the first time ever that Australia’s women’s national team faces an African nation in a match outside of the FIFA Women’s World Cup or the Olympic Games.

Cup and will get a chance to test themselves against the 2023 FIFA Women’s World Cup co-hosts in a potentially mouth-watering encounter in London.

South Africa coach Desiree Ellis said she was excited to be playing against another top side so soon after facing Brazilians.

“This is very exciting news, and another opportunity to play against a top nation,” Ellis told www.safa.net. “Australia are the co-hosts of the 2023 FIFA Women’s World Cup along with New Zealand. Coming so soon after playing against Brazil, this gives us an opportunity to rectify our mistakes as well as test and challenge us. It is another opportunity for an improved performance and for players to raise their hands.

“We are really excited. We say thank you to SAFA and SASOL. They said they would get us opponents to prepare for the World Cup and what a start to our preparations. We are really looking forward to this fantastic game.”

“We are happy that Banyana Banyana will be travelling to London to participate in another international friendly where they will face the 2023 FIFA Women’s World Cup co-host, Australia. They are currently ranked 12th in the world, and we know they are a formidable team that will push our squad to dig deep, even though this is a friendly match,” she said.

“Banyana Banyana needs all the game time possible ahead of the World Cup – we know that Coach Des and the technical team are working tirelessly to ensure the players are well prepared. We will continue to encourage the team to seize every opportunity presented to them and wish them all the best. May they play their hearts out knowing that we as South Africans are behind them all the way”.

Banyana Banyana have had an eventful 2022 as they became WAFCON champions after beating hosts Morocco 2-1 in the continental tournament final in Rabat in July.

Coach Ellis was named Women’s Coach of the Year at the 2022 CAF Awards also in July. It was the third consecutive time that she has won the award.

Andile Dlamini won the Goalkeeper of the Year Award while Banyana Banyana were named the National Women Team of the Year.

Coach Ellis’ charges were also named as the Fair Play Team to put the cherry on the icing.

Meyiwa murder trial: Case postponed as witness is a no show due to unavailability of flights