SA Rugby has announced that Springboks will take on Wales in 2023 a few weeks before the RUsgby World Cup start in France. 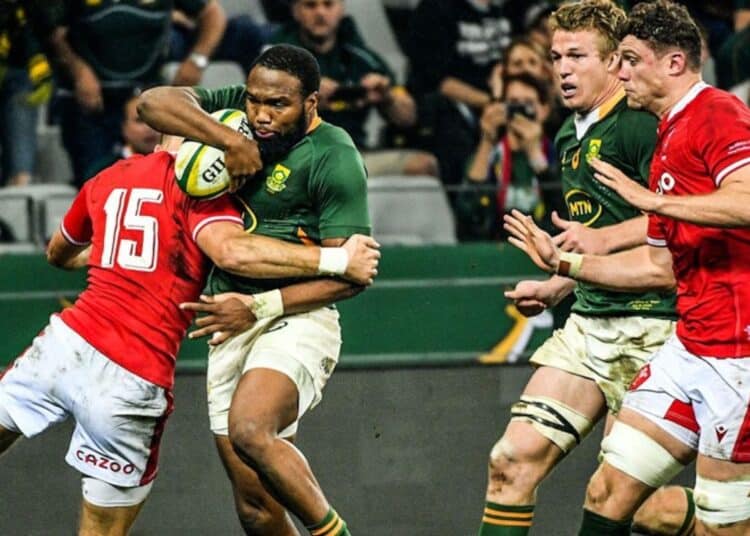 Wales will host Springboks at the Principality Stadium in Cardiff on Saturday, 19 August 2023, as they will be preparing to start their World Cup defence.

With Wales ranked seventh in the world, they should offer a tough challenge to Springboks who will later play their pool B Scotland, Romania, Ireland and Tonga.

Nienaber says the match against Wales would be great preparation for the Springboks.

“Wales have always proven to be tough competition for us and our results against them in the last few years are evidence of the quality of the side they are,” said Nienaber.

“The Rugby World Cup is one of the toughest competitions in the world, and you have to be at your best every week to reach the final, so it’s vital that we test ourselves against quality opposition in the lead-up to the competition.

“With Wales being in the top 10 in the world and holding a good win record against us in Cardiff in the last few seasons, we have no doubt this will be a strong character test and fantastic preparation for us going into the World Cup.”

So long, Springboks are on a break but will assemble for the year-end tour at the end of October.

Nienaber’s charges will face Ireland on Saturday 5 November, France on 12 November, Italy on 19 November and England on 26 November on the tour, while there are also two mid-week fixtures, against Munster (10 November) and the Bristol Bears (17 November).