AmaZulu head coach Brandon Truter has reacted to a draw that his side played with Kaizer Chiefs on Sunday afternoon. 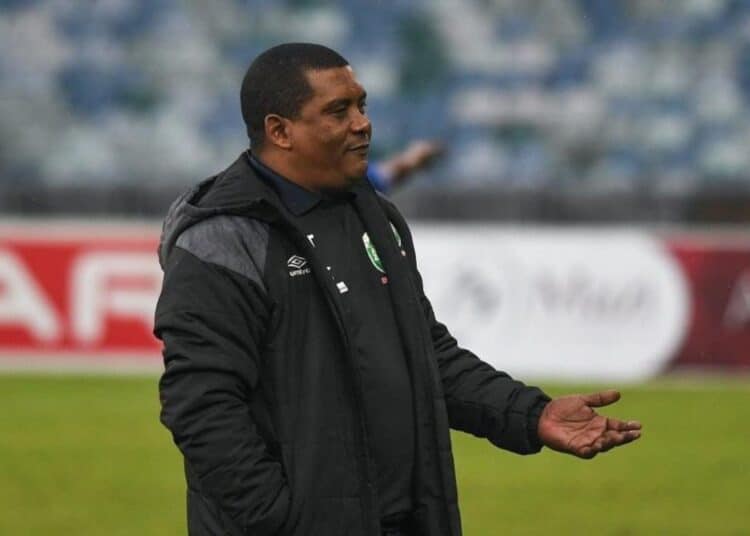 The KwaZulu-Natal outfit succeeded in securing an away goal in their MTN8 semi-final first-leg against Amakhosi in a match.

In the other semi-final, Mamelodi Sundowns and Orlando Pirates played out to a goalless draw at Orlando Stadium.

Truter is confident that they finish things off in the second leg at home in Durban.

“Ja look they struggled, it’s like we lost it was individual mistake with them getting a goal,” Truter told SuperSport TV after the game as quoted by KickOff.

“We had the bodies around the ball at the moment, so to block either the cross to come in and then it went over I think two players closed before they tucked it in.

“So lucky was on their side in that regard but we contained them, we played through the press in the first half, we were so dominant in the first 20 minutes up until the water break.

“One or two times they were behind us and suddenly we were panicking, we were shouting, so the half time break could not come soon enough and we came out, to lose Zulu.

“I think it was a soft yellow card, because I saw some of them did exactly the same and there was no yellow, but certain people when they are around in games like this and it’s always a spectacle. But it sets it up for a good second-leg, we’ll take the away goal home, we’ll finish it in Durban.

“We were ten-man for over 30 minutes, so we can’t open up and give them the lead, we can’t play the way the opponent wants to play. Look, we’ll protect what we have, we’ll take the away goal to Durban and we’ll settle it there.”