The child sustained serious injuries and was taken to hospital to receive medical care. 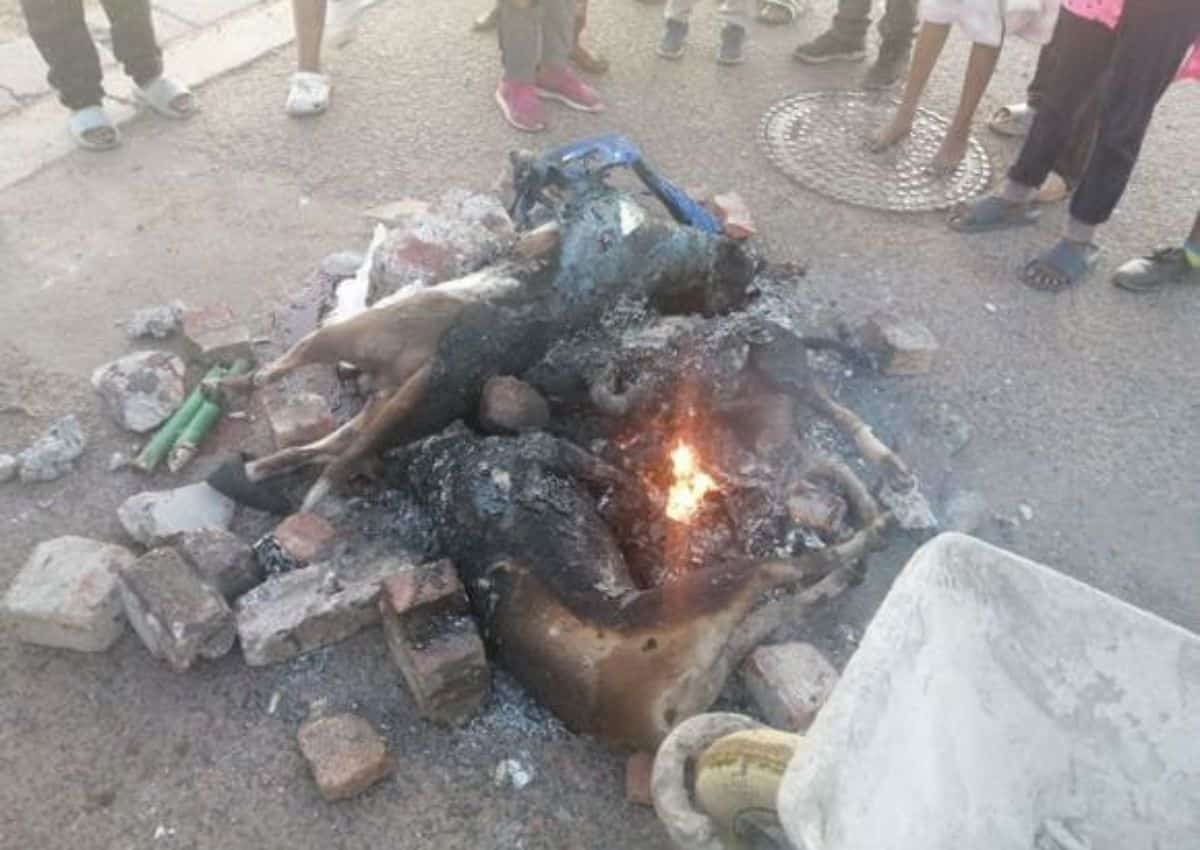 Three pit bulls lie dead after they were stoned and set alight. Photo via Twitter: @ezitshisayo

Three pit bulls were beaten, stoned and set alight in Gatesville, Cape Town when angry community members attacked the dogs after they had mauled a girl on a field.

It is understood the child sustained serious injuries and was taken to hospital to receive medical care.

It is reported that on learning about the incident, angry community member on Saturday decided to attack, stone and set alight the three pit bulls in full view of children.

“The dogs had attacked a young girl in a Gatesville field. The child sustained severe injuries and had to be rushed to a nearby hospital for treatment,” said the Cape of Good Hope’s Society for the Prevention of Cruelty to Animals (SPCA).

“The community took matters into their own hands and attacked the dogs, stoning, stabbing and hitting the animals with objects before burning them to death.”

SPCA inspector Jeffery Mfini, who rushed to the scene, found the dogs burning and extinguished the flames. The dogs had succumbed their injuries. Postmortems will be done at the SPCA in Grassy Park.

“We urge the public to contact the SPCA if a dog behaves aggressively or tries to bite someone. We will take the dog immediately. People must not take matters into their own hands. No animal deserves to endure brutality and suffering,” said the SPCA’s chief inspector Jaco Pieterse.

“It is tragic that a child was harmed and in turn, the animals were brutally attacked. No dogs should be roaming the streets. Responsible pet owners should ensure their animals are kept within their properties. If your home is not adequately fenced, don’t get a dog,” Pieterse said.

There have been growing calls for pit bulls to be banned as domestic dogs following the recent attacks on children.