Hill-Lewis: South Africa's position on the matter was "shameful". Preventing the yacht's entry would save the country's image in the global community.

by Doctor Mahlaule
in Lifestyle, News 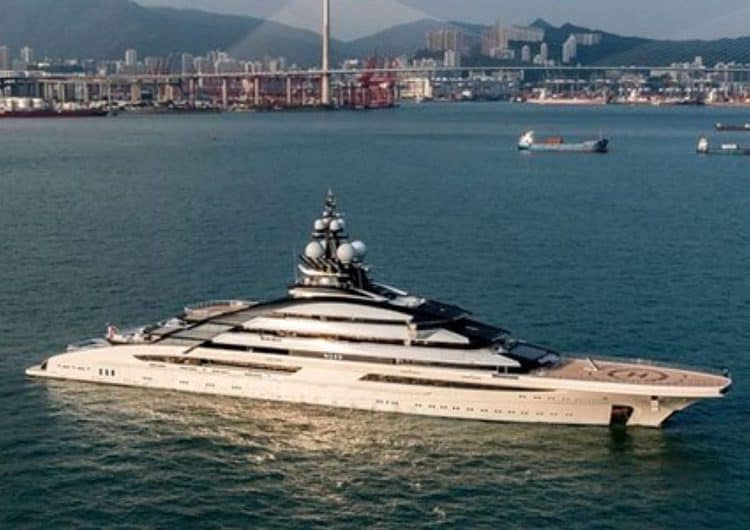 International and local media reports have indicated that the Nord, worth about R9.1bn, had ended its controversial visit in Hong Kong and took off on Thursday allegedly heading to Cape Town.

Mordashov is reported to own the 141-metre yacht, which has two helipads and was sanctioned by the EU, the UK and the US following the Russian invasion of Ukraine, reported Bloomberg.

On Monday, Hill-Lewis said he had written to Pandor to ask her to intervene.

“I have written to the minister of international relations and co-operation Naledi Pandor requesting her intervention to block the entry of the vessel-owned and sailed by Alexey Mordashov and bound for Cape Town- into the republic. I have also requested that Mordashov not be allowed to enter the country,” said Hill-Lewis.

He said South Africa was bound by the Constitution to take a strong stance against Russia and it has a “moral duty” not to support the businessman amid Russia’s invasion of Ukraine which began on 24 February 2022 and continues to this day.

According to Hill-Lewis, South Africa’s position on the matter was “shameful”. Preventing the yacht’s entry would save the country’s image in the global community, he added.

“The international community has recognised Russia’s invasion of Ukraine and its annexation of four areas of Ukrainian territory by force as illegal,” Hill-Lewis said.

He continued: “Clearly evidence exists for war crimes and crimes against humanity having been committed by the Russian state against the Ukrainian people, including deliberate attacks against civilian targets, massacres of civilians, torture and the rape of women and children. Thousands of people have died, and many more had their homes destroyed and their lives torn apart.

The presidency on Tuesday said it will not be stopping a Mordashov’s superyacht from docking in Cape Town on Thursday.