The former HOD of the Department of Agriculture and Rural Development and his accomplice misrepresented a businessman to pay R1m to a vehicle dealership. 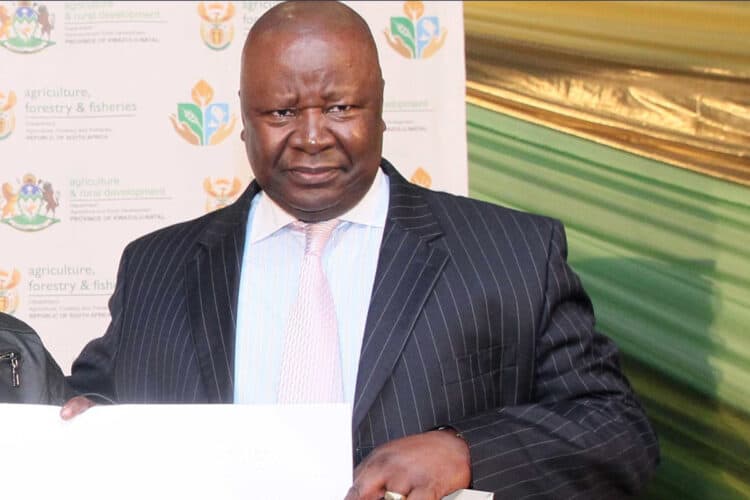 Siphiwe Mkhize, the former head of department for the KwaZulu-Natal department of agriculture and rural development. Image GovernmentZA flickr

Acting KwaZulu-Natal high court judge Sthembiso Mdladla and his co-accused Siphiwe Mkhize, former head of agriculture and rural development, were granted bail in the Pietermaritzburg magistrate’s court after their arrest on Tuesday.

Mdladla, 62, and Mkhize, 63, were arrested when the Hawks swooped on them in a sting operation in connection with alleged fraud, corruption and money laundering regarding a 2016 tender.

Captain Simphiwe Mhlongo, the Hawks spokesperson said, it is alleged that the 63-year-old HOD for the Department of Agriculture and Rural Development and his accomplice misrepresented a businessman to pay R1 million to a vehicle dealership.

“Subsequently, the 62-year-old acting Judge, who was a service provider to the department at that time, allegedly paid R300 000 to the same vehicle dealership and purchased a R1.3 million vehicle that was later handed over to the HOD,” he said.

Mhlongo said a case of fraud, corruption and money laundering was reported at Hilton Police Station.

Mdladla, in an affidavit submitted to court on Tuesday, said he was an admitted advocate to the Durban bar in 1991. Since then he has been practising in Durban, save for short stints with the Independent Police Investigative Directorate and the disbanded Scorpions.

Mdladla said he plans to make a written submission to the NATIONAL Prosecuting Authority (NPA) to prove his innocence.

In his affidavit, Mkhize said he is unemployed and resides in Hillcrest. He was the helm of the department from 2015 to 2018.

Mhlongo said members of the Hawks took over the investigation and the two suspects were arrested on Tuesday morning.

They made a brief appearance in the Pietermaritzburg Magistrate’s Court on Tuesday.