Mabuza allegedly committed the crimes in Badplaas, Mpumalanga while he was still an MEC in the mid to late 2000s. 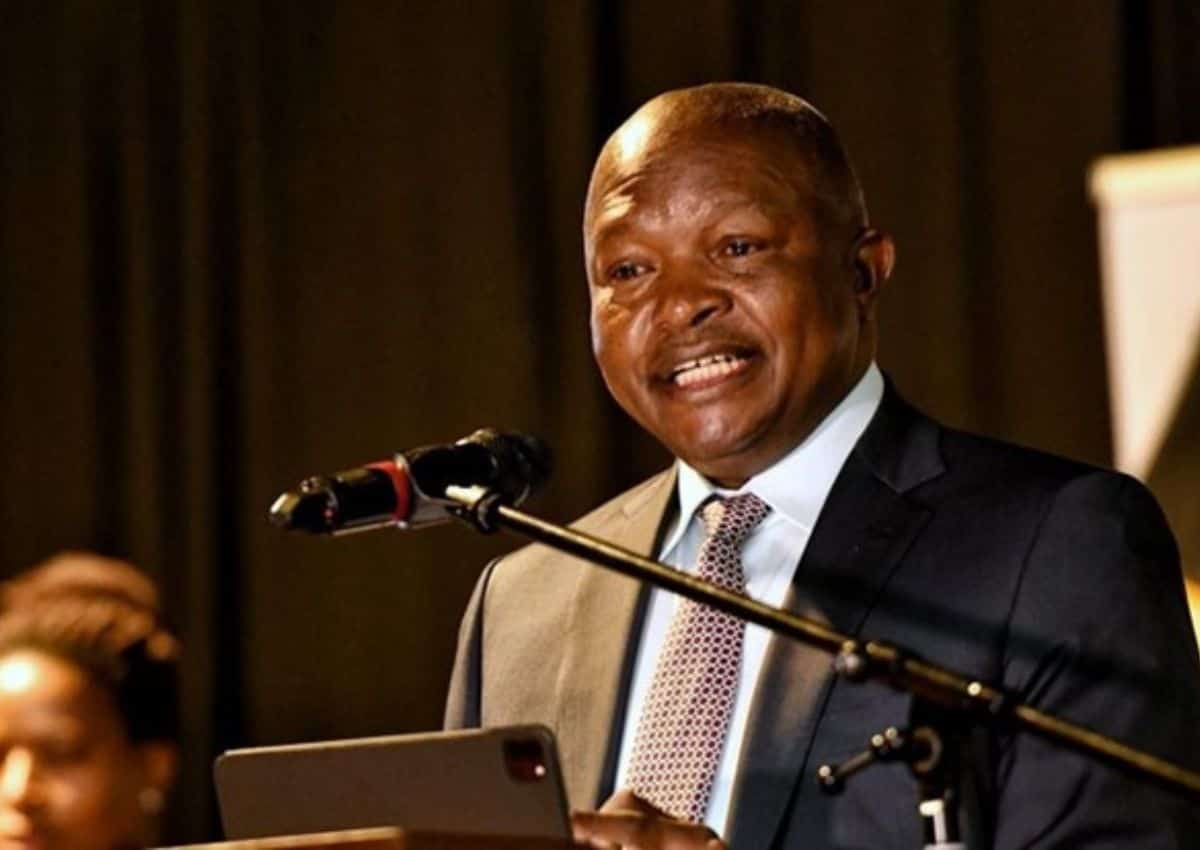 The Organisation Undoing Tax Abuse (OUTA) has referred a case against Deputy President David Mabuza to the Investigating Directorate (ID) of the National Prosecuting Authority (NPA) and wants him to face charges for alleged crimes committed through criminal syndicates.

The allegations cover a litany of charges that stretch from 2002 to the present day, mainly to do with the ‘land claims scam’ and the case of conservationist and whistle-blower Fred Daniel.

The OUTA referral names Mabuza among 13 people and two businesses as suspects in criminal networks, including a “land claims scam” and killing of wildlife.

The organisation claims Mabuza committed the crimes in Badplaas, Mpumalanga while he was still an MEC in the mid to late 2000s.

“We propose that the suspects referred to in the paragraphs below be charged under the umbrella offence of contravening Section 2(1)(d) of the Prevention of Organised Crime Act 121 of 1988 (POCA) in that they acquired or maintained, directly or indirectly, any interest or in control of the following criminal enterprises.”

Lodged on the morning of 5 December 2022, the affidavit places at the top of the list of 15 suspects, all of whom were allegedly involved in a pair of interlinked criminal enterprises that- according to a 2015 report compiled by retired judge Willem Heath- cost the South African economy in excess of R35 billion.

Among the listed specific crimes listed under the umbrella of POCA are: defeating the ends of justice, theft, fraud, perjury, contempt of court, intimidation, extortion and “conspiracy, incitement or attempt to commit any offence referred to in Schedule 1 of POCA.”

OUTA CEO Wayne Duvenage said: “The land restitution scam involved buying up farms and acting as the middlemen masquerading as farm owners, selling the farms at vastly inflated profits to the Mpumalanga Regional Land Commission. They claimed the cost from the national Department of Land Affairs, supposedly for communities of thousands of land ‘claimants’, even though no legal claims were registered for those farms.”