Steenhuisen says he supports the vaccine drive, but not the forceful approach. 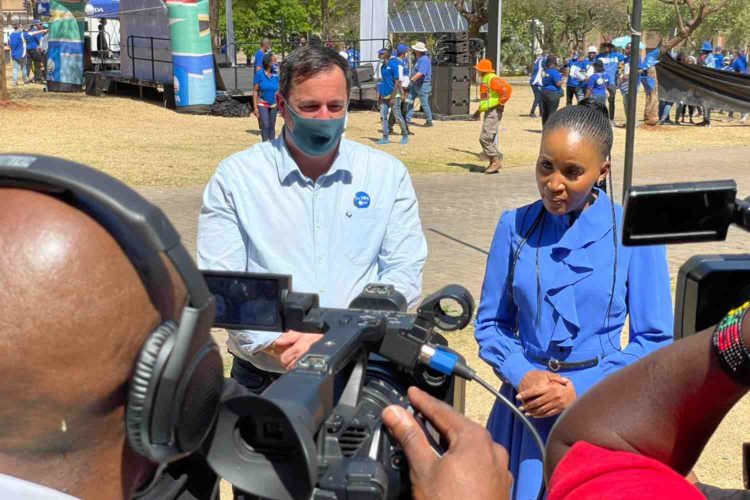 DA leader John Steenhuisen made it clear that his political party is against the idea of forcing citizens to take the COVID-19 vaccine.

The official opposition head was reacting to President Cyril Ramaphosa’s ‘family meeting’, where amongst the announcement of relaxed lockdown regulations at Alert Level 2, he teased the soon-coming introduction of the vaccine passport.

“We will also be providing further information on an approach to ‘vaccine passports’, which can be used as evidence of vaccination for various purposes and events,” he said.

South Africa is not the only country toggling with the idea of using vax IDs as a means of encouraging people to get the jab. As reported by Swisher Post News, the United Kingdom, at least 27 member-states in the European Union (EU) and the United States (US) are on the cusp of introducing this controversial policy.

Steenhuisen, whose political party has been on a campaign run ahead of the local government elections, appeared on eNCA, where he made it clear that he was not in support of coercing citizens to get vaccinated.

“I’ve been vaccinated and I believe that getting as many people vaccinated as possible is the pathway to normality and, again, we’ve seen this in the United Kingdom. But, I think that we need to be very careful when we start talking about mandatory vaccinations. I think it gets people’s backs up, I don’t support that and I don’t think it’s constitutional either,” he said.

The DA leader suggested that where the government fails in its inoculation drive, is in its communication strategy. More work needs to be done in educating South Africans about the efficacy of the vaccine and why it’s important to get the jab, Steenhuisen explained.

“I think that they’ve allowed too much space on, particularly, social media and other platforms for people who are peddling fake news around vaccines to prevail,” he said.

According to Ramaphosa, South Africa is currently administering up to two million doses every four days and there is enough supply in the dispensary to vaccinate the country’s entire adult population.

However, challenges are still being observed in the senior citizen group aged 60 and above and more concerning, the president revealed, is that at least 98% of patients losing their lives to COVID-19 are not vaccinated.

“We are spreading the message in all languages to ensure that people understand that these vaccines are safe, effective and free,” the president noted.

Over R5 600 worth of fuel confiscated outside Knysna