A bus transporting Operation Dudula members came under attack and was damaged during the incident. 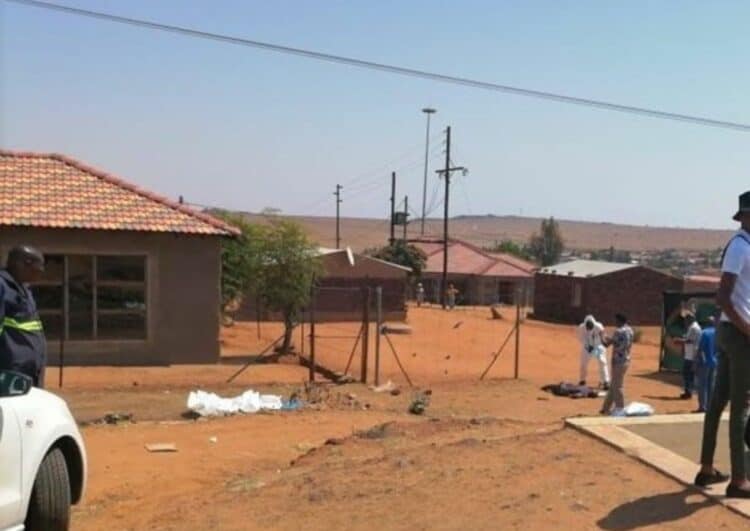 Police shot dead one of the suspects believed to be behind the alleged murder of an Operation Dudula member. Photo: Twitter: @SANDILE PANTHER

Three people were arrested on Sunday in connection with the murder of Operation Dudula member in Jan Furse, Limpopo, and a fourth was shot and killed after pointing a firearm at the police.

The suspects aged between 25 and 26 were arrested on Sunday morning by the police in the Jane Furse district.

Brigadier Motlafela Mojapelo, the police spokesperson said the bus transporting Operation Dudula members came under attack and was damaged during the incident.

Mojapelo said the group was reportedly travelling in a bus which drove to a demarcated area to collect the female members who were accommodated at different houses at the RDP Section.

“While on their way back towards the sports ground, their bus was allegedly attacked and damaged by a group of unknown people using stones. The bus was then stopped, and some passengers alighted from the bus and ran after the attackers when an unknown member of the community shot one of the members who died instantly.”

“The incident led to the cancellation of planned activities in the area and resulted in members of the Public Order Policing Unity (POPS), Tactical Response Team (TRT) and police members from the district being deployed to monitor the situation,” Mojapelo said.

Mojapelo said police launched a manhunt for the suspects who killed a Dudula member. Two males and one female were arrested in the early hours of Sunday.

“The police received further information about another suspect who was allegedly threatening patrons at one of the liquor outlets at the same RDP section. On arrival, the suspect started running and, in the process, he allegedly produced a firearm and aimed it at the police, who then responded by fatally wounding him.”

The 25-year-old suspect was allegedly found in possession of two firearms and “was positively linked to the murder,” Mojapelo said.