Hakimi, a product of the Real Madrid youth system, calmly slotted in his penalty past Spanish goalkeeper Una Simon. 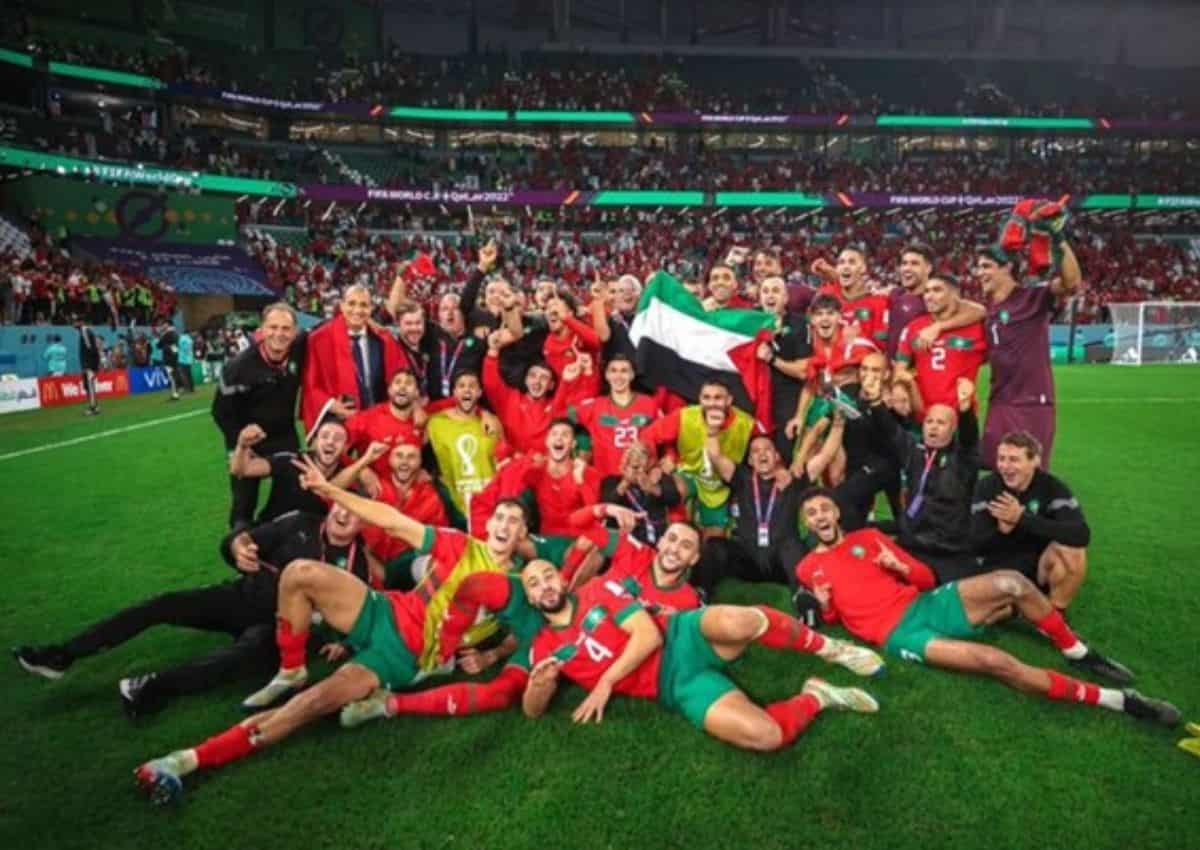 Moroccan players take a picture after their victory over Spain. Photo via Twitter: @Bob_cart124

Africa’s last hope Morocco reached the quarterfinals for the first time, as they ousted former World Cup champions Spain on penalties in a grappling Round of 16 game.

Morocco became only the fourth African country to reach the quarterfinals at the biggest soccer tournament in the world after beating Spain on penalties.

The Moroccans were playing in their second knockout game at the World Cup, an event which is being held in the Middle East for the first time in its nearly 100-year history.

Spanish-born Paris St-Germain defender Achraf Hakimi calmly converted the winning penalty to send Morocco through to the World Cup quarterfinals for the first time after a goalless game resulted in a penalty shootout with Spain.

Morocco goalkeeper Yassine Bounou saved three spot kicks from Carlos Soler, and Sergio Busquets after Pablo Sarabia hit the post to give Morocco the edge in qualifying into the next round.

After the game Spanish midfielder Sergio Busquets said Spain’s 3-0 defeat on penalties was a “cruel” way to decide the World Cup last 16 clash, after the two teams played to a goalless draw.

“It was a pity, very hard for us. We tried to wear them down, give them the run-around, find spaces. We lacked that little luck for the final ball.”

Busquets, 34, would not be drawn on whether he would continue to play international football.

“Now the most important thing is the national team and not me,” said the Barcelona player.

“It’s a tough night and we have to pick ourselves up and use this as experience for our game. There are some very young players who this will help a lot.”

Morocco has been the biggest surprise of the tournament and will next face Portugal in the quarterfinals on Saturday.