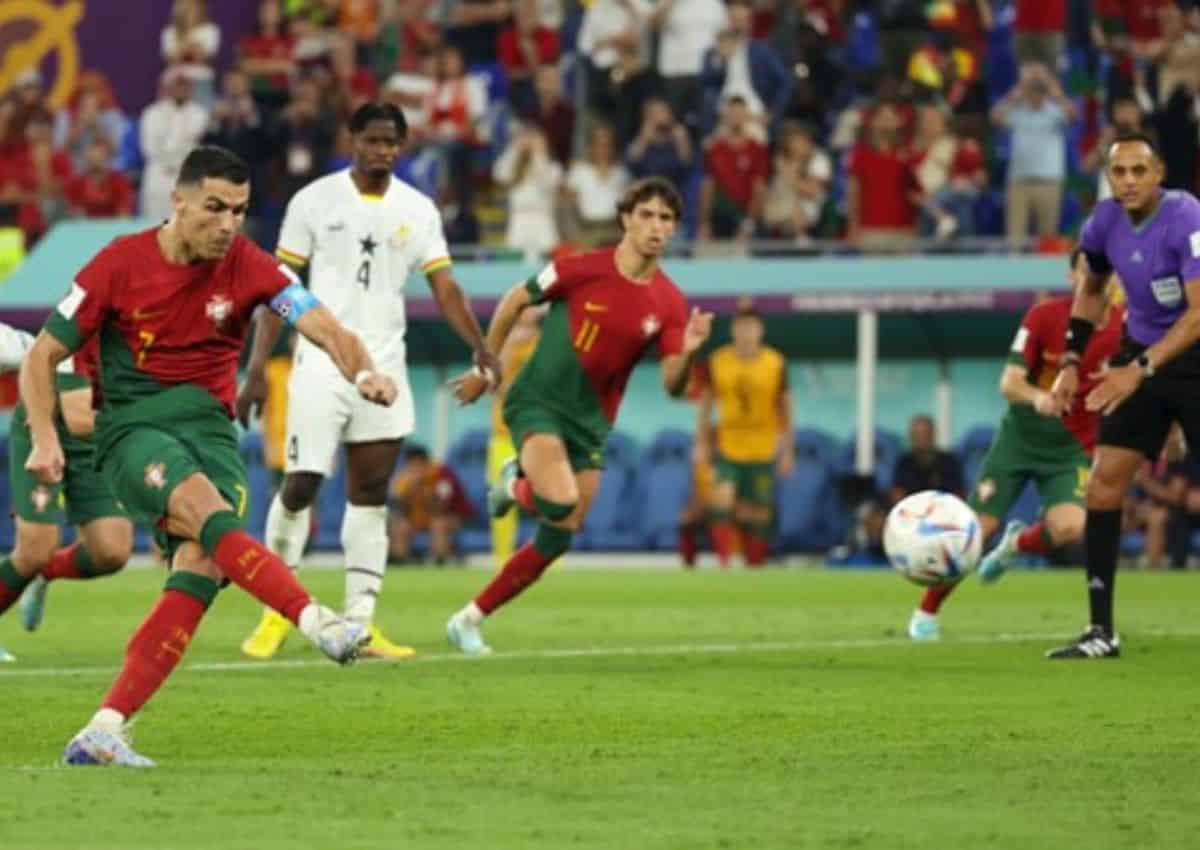 Cristiano Ronaldo scores from the penalty spot to put Portugal ahead. Photo via Twitter: @FIFAWorldCup

Cristiano Ronaldo became the first man to score at five World Cups on Thursday when he scored the opening goal from the penalty spot in Portugal’s 3-2 win against Ghana.

The six-time Ballon d’Or winner who captained the Portuguese team played his first match since his controversial interview with Piers Morgan that eventually led to his exit from Manchester United this week.

Like his rival, Lionel Messi did on Tuesda, scoring from the penalty spot to give Argentina the lead before losing to Saudi Arabia, Ronaldo also earned Portugal the advantage from the spot after he was tripped by Ghana’s defender, Muhammed Sailsu.

The 37-year-old set the record when he smashed the ball into the net at the 974 stadium in Doha to send Fernando Santos’ team to a victory which moved them top of Group H, two points ahead of Uruguay and South Korea.

In the second half, Andre Ayew brought the Black Stars to parity with the Portuguese from a close range to give hope of an African team bagging their first win of the tournament.

Joao Felix and rising star Rafael Leao made sure of the win after Andre Ayew scored the equaliser that threatened to spoil Ronaldo’s party.

Osman Bukari scored in the final minute for Ghana but the tournament’s lowest-ranked side couldn’t pull off a shock and sit bottom of the group.

Qatar World Cup: Another shock as Japan beat Germany in their opening match

Ronaldo overtakes Pele and Germans Uwe Seeler and Miroslav Klose, who all scored in four World Cups, after he was brought down by Ghana’s defender Mohammed Salisu.