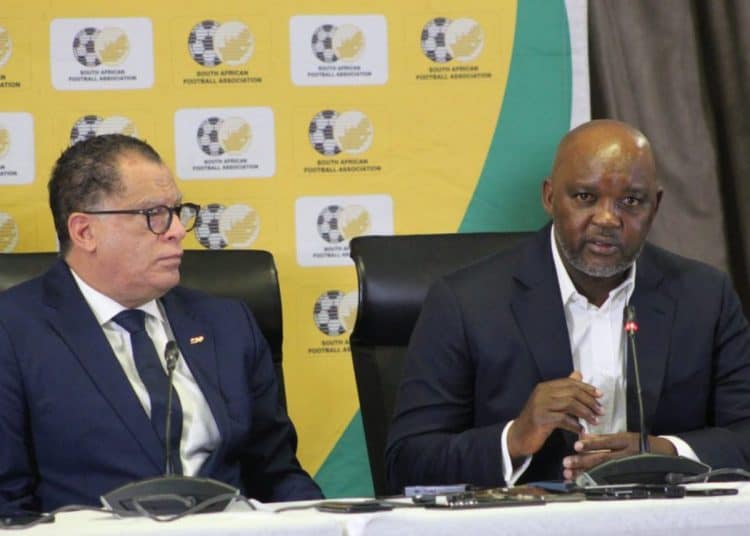 The CAF Pro License is the highest coaching qualification in African football and it is the equivalent to the EUFA Pro License. This also means Mosimane who’s the former Bafana Bafana, Mamelodi Sundowns and Al Ahly boss can now coach anywhere in the world.

Dr Jordaan said this is yet another milestone in Mosimane’s storied career.

“He stands as the first South African to be counted among coaches that are graduated, certificated and recognised throughout the world. He has already been coaching outside the country and winning major medals with a club outside South Africa, but this is to confirm that his contribution, his coaching ability is recognised, not only on the continent, but throughout the world,” Dr Jordaan said.

Mosimane said he was emotional and humbled by the fact that his federation (SAFA) was on hand to recognise the achievement.

“This for me is an honour to be brought here at home, to this house (SAFA House),” he said. “Yes, I have a lot of history with the federation and for me it is to share the positives. Probably you guys forgot that SAFA took me to school for six weeks to learn football in Germany with the German Football Association. It was my foundation phase and I am humbled by that, thanks for that. Sometimes people do not mention things like this. I was schooled here,” said Mosimane.

His journey began four years ago when the three-time CAF Champions League-winning Mosimane and 22 other top African coaches participated in the historical CAF Pro License.  CAF hosted the 23 coaches in the final module of the inaugural CAF Pro License coaching diploma in Rabat, Morocco in June.

It is testament to Mosimane’s growth on the global stage that he, along with his fellow graduates, did not apply to be part of the CAF Pro License and it was purely by invitation.

It is a first of its kind for African football and Mosimane was among the first group of graduates when the final module of the course officially came to an end on 11 June after a journey that started in 2018.

The CAF Pro License is strictly reserved for coaches who are actively coaching at a professional level, have demonstrated a certain level of high performance and achievement, and also acquired a CAF A License or equivalent qualification recognised by CAF.

It was grueling process that demanded a high level of participation in the form of assignments and reporting during what has been a very taxing season for some of them in their respective clubs and national teams.

This is done in partnership with the Royal Moroccan Football Federation (RMFF).