2022 Seven7 Drive raises more than R60,000 for Cupcakes of Hope in aid of childhood cancer

September is Childhood Cancer Awareness month the need for more funds to support children fighting cancer and the support of their families – is large. 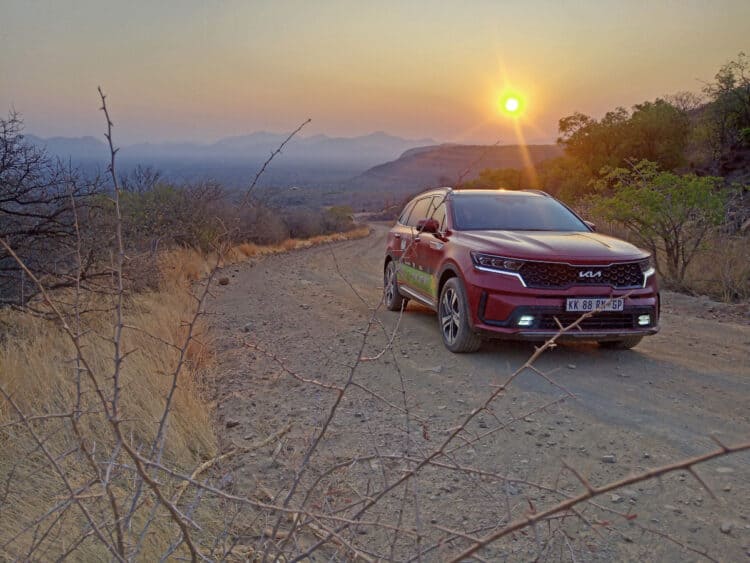 28 September 2022 – The annual Seven7 Drive in aid of childhood cancer awareness concluded its seven-day adventure across South Africa on Monday, 26 September 2022, ending with a final hospital visit at the Steve Biko Academic Hospital in the city of Tshwane and a gala ‘Dinner for Good’ hosted at Forti TOO restaurant at the Lynnwood Bridge.

Executed for the seventh consecutive year, the Seven7 Drive was once again spearheaded by one of the initiative’s co-founders, well-known adventure and overlanding journalist, Danie Botha, with Anton Willemse Jr. of Adventure Afrika magazine joining Botha in a Kia Sorento over the seven days. Back-end planning, logistics, and donations were managed by equally well-known events expert, Margaret Pretorius, the Seven7 Drive’s second co-founder. The Seven7 Drive team departed from Kia Edenvale in Johannesburg on Tuesday, 20 September 2022, visiting Durban, Gqeberha, Cape Town, Upington, and Polokwane amongst others.

On day two of the trip, the team joined the local community of the scenic village of Rhodes in the Eastern Cape for an intimate concert by renowned South African singer, Mathys Roets, who travelled to the town’s well-known Walkerbouts Inn in a Kia Carnival. A new addition to the Seven7 Drive itinerary, the concert saw more than 50 guests attend, raising a total of R5,200 for Cupcakes of Hope in the process.

This year’s Seven7 Drive concluded with another new initiative in the form of a gala fundraising dinner at Forti TOO restaurant Pretoria. Renowned restauranteur, Fortunato Mazzone, and his wife and business partner, Veralda Mazzone, hosted a gala dinner in aid of Cupcakes of Hope, with the three-course dining experience including some of Fortunato’s best-known dishes, exceptional wine, and a spectacular opera performance by singers Bongi and Papi Musa, with Fortunato putting in a surprise performance of O Sole Mio with the singers. Ticket sales from the event, along with an auction of some of South Africa’s finest wines and whisky, raised an additional R50,500 for Cupcakes of Hope.

“The 2022 Seven7 Drive may have been one of the smallest ones based purely on the scale of the endeavour, but it has without a doubt been one of the most successful fundraising drives in its history,” comments Christo Valentyn, GM Marketing for Kia South Africa, the Seven7 Drive’s founding vehicle partner. “It is only through the generosity of spirit of this year’s partners and their passion for the cause that a total amount of more than R60,000 can be donated to Cupcakes of Hope this year.”

September is Childhood Cancer Awareness month, and despite numerous fundraising efforts and donations already received, the need for more funds – which go directly towards supporting children fighting cancer and the support of their families – is large. Donations can still be made via the Seven7 Drive organisers by contacting Margaret Pretorius (info@matchsticksa.com) or 082-323-4744), or directly through the Cupcake of Hope website (www.cupcakesofhope.org). Donors will be issued a Section 18A tax certificate.

The Seven7 Drive extends its heartfelt thanks to Dave Walker and his team from Walkerbouts Inn in Rhodes (www.walkerbouts.co.za), Mathys Roets (www.mathysroets.co.za), and Fortunato and Veralda Mazzone (www.fortitoo.co.za) for the generous donations, as well as all the hard-working, committed staff at the various hospitals the Seven7 Drive visited for the incredible work they do in the various oncology and paediatric oncology wards.